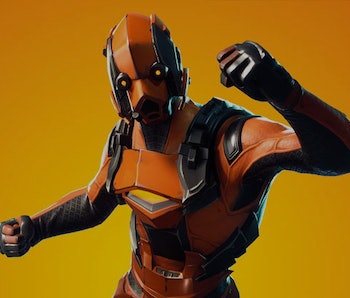 Now that Fortnite finally released its weekly update (better late than never, right?) it’s time for the experts to comb through that new code and pull out some secrets. As per usual, Twitter leakers Two Epic Buddies came through yet again with the images for nine new skins that should be coming to Fortnite soon, including a pretty crazy Legendary option called Vertex.

Following that initial leak, Fortnite Intel followed up with a detailed breakdown of all the new skins and other items coming to Fortnite: Battle Royale. Here’s everything you need to know from the latest data mine, starting with that wild Vertex skin.

First, let’s break down those new skins, starting with Vertex (top center) and moving in a clockwise direction.

Beyond Vertex and the other new skins, it looks like Fortnite is also adding a new gliders, back bling, pickaxes, and emotes. Finally, it looks like we could also get a new Tommy Gun-style “Drum Gun” to match the new Prohibition-era detective theme.