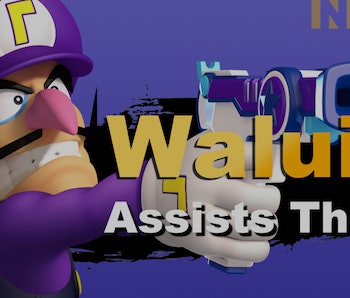 Before Nintendo officially revealed the Super Smash Bros. Ultimate lineup at E3 2018, there was a lot of speculation around who would be joining the roster, but one voice cut through the noise to deliver some pretty reliable rumors. In the weeks leading up to the event, Reddit user /DasVergeben made a series of predictions that largely turned out to be true. Now he’s back with more.

In a recent Reddit post, /DasVergeben claimed that “at minimum, there are at least a half dozen characters still to be revealed.” However, he doesn’t have much info on who those characters will be. The only incoming fighter he claims to know for sure is Simon Belmont from the Castlevania series. The rest of the list could be filled out by almost anyone.

Anyone? Well in that case, we have one humble suggestion: Add Waluigi to the game. There’s no way Nintendo didn’t notice the massive uproar when it snubbed Waluigi at E3 last week. Now the company has a chance to set things right.

Even if there’s no official plan to add Waluigi to Super Smash Bros. Ultimate, Nintendo could easily throw something together by simply creating another “Echo character.” These are basically duplicates of pre-existing fighters with one or two changes, like Daisy (an echo of Peach) or Dark Pit (an echo or regular Pit). Waluigi could be an echo of Luigi. Just stretch him out, give him some new clothes, and put a tennis racket in his hand. Done.

As for the rest of the alleged additional lineup, we’re not really sure what to expect. /DasVergeben also predicted some sort of Minecraft-related character, but he doesn’t seem as confident about that one anymore. However, if Nintendo is taking suggestions we do have a few ideas.