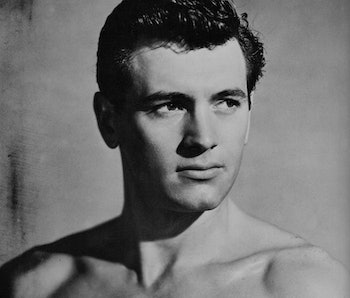 Exactly 30 years ago, a pale, thin, incoherent Rock Hudson joined Doris Day for a press conference announcing her triumphant return to television. But the event didn’t go well. Hudson showed up late and looked so ill that national news networks took it upon themselves to replay the footage, fueling fans fixation on his dramatic weight loss, which was hard to ignore given that he’d previously been a stocky 200 pounds. Over the next few weeks, curiosity hit fever pitch as he was admitted to the American Hospital in Paris. His press agent told the public he was suffering from inoperable liver cancer. He wasn’t.

The U.S. Centers for Disease Control and Prevention had gone public about AIDS only four years earlier, so when Hudson began to visibly deteriorate, the media and his fans didn’t understand what they were watching. They only knew that it was horrible.

Hudson’s visits to the Pasteur Institute in Paris, however, raised suspicions that the actor might have AIDS. The institute was known to offer treatments for AIDS that were not yet available in the U.S. — specifically, an experimental drug known as HPA-23, which had not yet been approved by the US Food and Drug Administration.

Hudson could have gone quietly, but he didn’t. He announced that he had AIDS, ending the speculation about why he was withering and refocusing the conversation about his “mystery illness.” Several months later, he died, becoming the first American celebrity to die from the disease.

Hudson had actually received his AIDS diagnosis in June 1984, but he kept it a secret for over a year. Going public was an unprecedented move, and he’s now, rightly, lauded for it. Hudson, who starred in major Hollywood films such as Giant and Pillow Talk, was married, briefly, to his agent’s secretary Phyllis Gates, but it was widely known throughout Hollywood that he was gay. After his death, his friend and former Giant co-star, Elizabeth Taylor, began to rally Hollywood to raise millions for AIDS research. She became an activist for a cause with Hudson’s face.