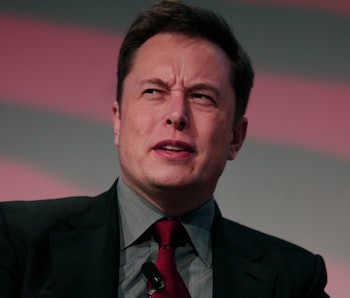 Being from the great state of Texas, BBQ is a way of life. So when a friend and I ventured into one of the best-rated spots for brisket in the state and were served water in mason jars, I knew there was going to be a problem. I’m not the only one that takes issue with mason jars as Tesla CEO Elon Musk shared his disapproval for how trendy the containers have become.

Musk tweeted Saturday about his disdain over mason jars with an added flair for the sake of hipster points. In particular, he focused on jars with handles or even worse, wine stems.

“Mason jars with a handle or wine stem cause me to lose faith in humanity,” Musk tweeted.

Here are some examples of the glassware abominations:

First patented in 1858 and named after its inventor John Landis Mason, the Mason jar was a perfect way to preserve and store food. The design of the jar created an airtight seal allowing for people to keep food from spoiling. It wasn’t uncommon for households trying to save money to repurpose the jars as drinking glasses. They could do this by removing the labels and giving the containers a deep cleaning in order to remove any taste of the previous contents. In recent years, the jars made a huge comeback, especially in restaurants that want to depict a more humble environment to their food that costs more than $20 a plate.

This is not the first time Musk mentioned the atrocity of the misuse of mason jars. Last year, he shared a story from The Onion titled “We’re Going To Enjoy This Cocaine-Fueled Mason Jar Rocket Ride For As Long As It Lasts” to his Twitter followers.

For those wondering what is the appropriate drinking glass for a Texas BBQ establishment, aside from using the original containers, the only other appropriate option is the pebbled plastic glass, ideally in red.