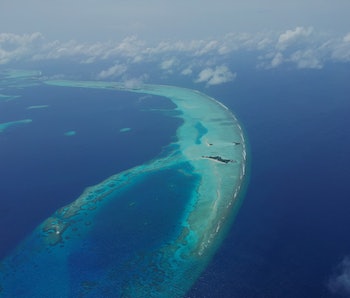 Google is in hot water with China again after re-labeling what had previously been the “Zhongsha Islands” as Scarborough Shoal on its insanely popular map of the world. The reason for the edit was a petition the tech giant believed lent credence to the notion that the existing nomenclature implied Chinese ownership.

“[China] will never accept the unilateral attempts to turn to a third party to solve the disputes,” said foreign ministry spokeswoman Hua Chunying. But this is far from the first time Google Maps has navigated the choppy waters of international politics.

As the owner of the map with the world’s largest readership — more than a billion people use the service every month — Google’s massive influence on cartography has repeatedly pulled it into political conflicts. Google’s influence is so powerful that in 2010 Nicaragua accidentally invaded Costa Rica and nearly triggered a war because a mapping error demarcated the countries incorrectly. Then, last year, Russian politicians pressed for Google to update its maps to signal that Crimea had returned to the Motherland.

Typically, Google handles its maps like any traditional cartographer. International borders are reflected with solid grey lines and a “treaty” territory or “provisional” area is marked by dotted grey. “Disputed” borders are shown with the dashed grey line. Google may have adopted the Scarborough Shoal name in this most recent case as a way to sidestep controversy by going with the most recognized handle for the region, but considering its influence, it’s easy to understand why China fears this weakens its claim.

And given the longstanding hostilities between China and Google’s corporate leadership, Google Maps represents something of a foreign policy challenge for Beijing. When the people drawing the publicly accepted maps of the world don’t trust you, you’ve got a problem. In this regard, the scuffle over the Scarborough Shoals is probably just a sign of things to come.