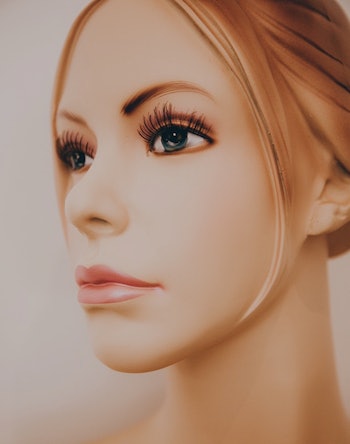 As the CEO of BioViva, a biotech firm focused on extending life through DNA manipulation, she tested her gene therapy program on herself.

Back in 2015, before it received government approval, she received the treatment that’s based on decades-old, Nobel Prize-winning research suggesting that stopping the aging process could be as easy as preventing the telomeres at the ends of DNA from shortening. While other researchers in the field think she’s jumped the gun, Parrish thinks they’re just scared.

She’s not just in the life extension business for the money. For her, it’s personal: Her young son has type 1 diabetes, and she thinks gene therapy for telomere lengthening could help him and others battling with the ravages of age.

Frustrated with the slow pace of scientific research, she tells Inverse: “We let kids die when there are potential treatments.”

In a recent photo taken by The Times, the 47-year-old Parrish, blonde and luminous, certainly looks like she has benefited from a slower aging process.

Since becoming BioViva’s guinea pig, she says she’s seen some qualitative improvements in how she feels and that her blood work, which is available on BioViva’s website, shows that she indeed has longer telomeres.

But Carol Greider, Ph.D., who, along with legendary scientists Elizabeth Blackburn and Jack Szostak won the Nobel Prize in Physiology or Medicine in 2009 for her work establishing telomere biology, isn’t convinced by Bioviva’s efforts, even though they’re based on the foundations she and her colleagues laid down early in their careers.

“We don’t have any compound that will actually elongate telomeres, despite what you can read on many websites,” Greider tells Inverse. “Of course, because we have patients in the hospital dying of these diseases, if there was some sort of a treatment, we would be looking into it. But we have looked into those things that are out there, and it’s basically snake oil.”

But Parrish has stayed in the news with her biohacking aspirations and continues to speak at conferences. So it seems that whether or not she’s got the mainstream scientific community on board, she’s convinced enough people — or at least captured their attention — to keep the life extension train rolling along.

Parrish’s work would not exist without the pioneering research of Greider, Blackburn, and Szostak, which introduced the world to telomeres, the ever-shortening fuses on our DNA’s sticks of dynamite.

Telomeres are tiny protective caps (think of the plastic ends of your shoelaces) on the ends of your chromosomes that shorten every time a cell divides. Once they become critically short, they can no longer protect chromosomes from unraveling. At that point, the cell’s time is up, and it begins to die.

The question Parrish is raring to answer is: What if your telomeres never get to that point? It might be possible with an enzyme called telomerase, which exists naturally in the body’s immortal stem cells. Unlike regular cells, which experience aging and eventual cell death, stem cells are constantly renewing themselves. It’s thought that telomerase rebuilds the telomeres of stem cells, keeping their fuses from ever burning out.

But the human body is a system that has been fine-tuned over evolutionary time, and everything — including cell death — has its place. The natural tendency for telomeres to shorten over time will eventually lead to cell death, University of California, Berkeley cell and developmental biology assistant professor Dirk Hockemeyer, Ph.D. tells Inverse, but shortening telomeres also prevent cancer. His work suggests that, if you run Parrish’s telomere-lengthening experiment to its logical extreme, what you’ll likely end up with are cancerous tumors.

The bulk of his research shows that gene mutations leading to longer telomeres are not a healthy part of fully functioning cells and instead are linked to cancer. It appears that, as with all of the body’s natural systems, there’s a fine balance between a telomere that’s long enough to extend life span and one that’s so long it induces tumor growth.

Finding that balance requires getting it just right, and the work of Hockemeyer, Greider, and literally all the scientists whose work was published in the January telomere issue of the journal Philosophical Transactions of the Royal Society B suggests we’re a long way from getting there.

Greider’s current work, not unlike Parrish’s, focuses on the role of telomere length in human disease. But one key difference is that Greider’s work centers on people whose telomeres are short because of telomere syndromes, which are inherited. In her studies on mice and humans, she’s discovered that short telomeres are the cause of several life-threatening diseases, including bone marrow failure, a lung disease called pulmonary fibrosis, and diseases of the liver and gut. While Greider has made it clear that telomeres play a role in disease, she doesn’t think there’s enough evidence to say that lengthening telomeres can extend lifespan in general.

“I think there is a lot of complexity in the telomere research area. There is also a lot of misrepresentation out in the general public, but no simple soundbite will really capture all of the issues that come up,” she tells Inverse.

Similarly, she’s not convinced that the simple blood work that Parrish offers as evidence of her lengthened telomeres actually indicates anything. A spokesperson from SpectraCell tells Inverse that the black line represents average telomere length values, determined “at 5-year intervals based on a database of about 12,000 patient results.” SpectraCell Laboratories, the company that analyzed her blood before and after the BioViva procedure, uses a technique called PCR — polymerase chain reaction — to measure telomere lengths, and Greider cautions that this method can show differences in telomere length that don’t really exist.

“If you took a sample from somebody and assayed that sample three times, you’d get three different answers within 30 percent different from each other. So we don’t use that in the clinical analysis to identify patients who are at risk for deadly disease,” she says.

To Parrish, though, aging is a deadly disease, one that can, should, and will be overcome by scientists who are willing to go outside the boundaries of conventional academic research. This is a view shared by others in the life-extension field: the idea that aging is not an inevitable process but a set of distinct symptoms that can be treated like one would treat a chronic, progressive disease.

In 2016, she told Inverse how her thinking had shifted from the more conventional view after attending an anti-aging conference and talking to researchers who were tackling the issue:

I basically had to change my thinking to realize that the body’s cells are very much like a computer, and the things that they’re programmed to do eventually land up with a lot of damage over time. Some people get that damage at a youthful age; that is, some people have programming issues — genetic problems — early on. Some people are born with them. But all of us are accumulating this damage that will eventually lead to the symptoms of the aging disease and kill us.

She echoes the strain of other biohackers who argue that the human body is like an operating system that can be upgraded. Furthermore, Parrish sees life-extension as a way to save an aging world population from economic collapse as older people succumb to age-related illnesses, potentially saving individuals and governments from paying for expensive medical care as people get older.

Nobody’s a loser when we translate good medicine. We don’t know unless we try.”

Human testing should begin on people with terminal illnesses who are interested in trying out life-extension therapies and moving back from there until healthy people are receiving preventative care, Parrish suggests. For now, she’s going at it as a rogue since the FDA isn’t keen on approving such treatments whose track records for safety and effectiveness haven’t proven, but given Parrish’s proven tenacity, she’ll likely continue to find her way around regulators.

Parrish is undeterred by her doubters and seems convinced that they’re unwilling to take a risk and think compassionately.

“Even the people who have the best intent might be very risk-averse. They might just be thinking about their interests. Everybody’s a winner when we win. Nobody’s a loser when we translate good medicine. We don’t know unless we try.”