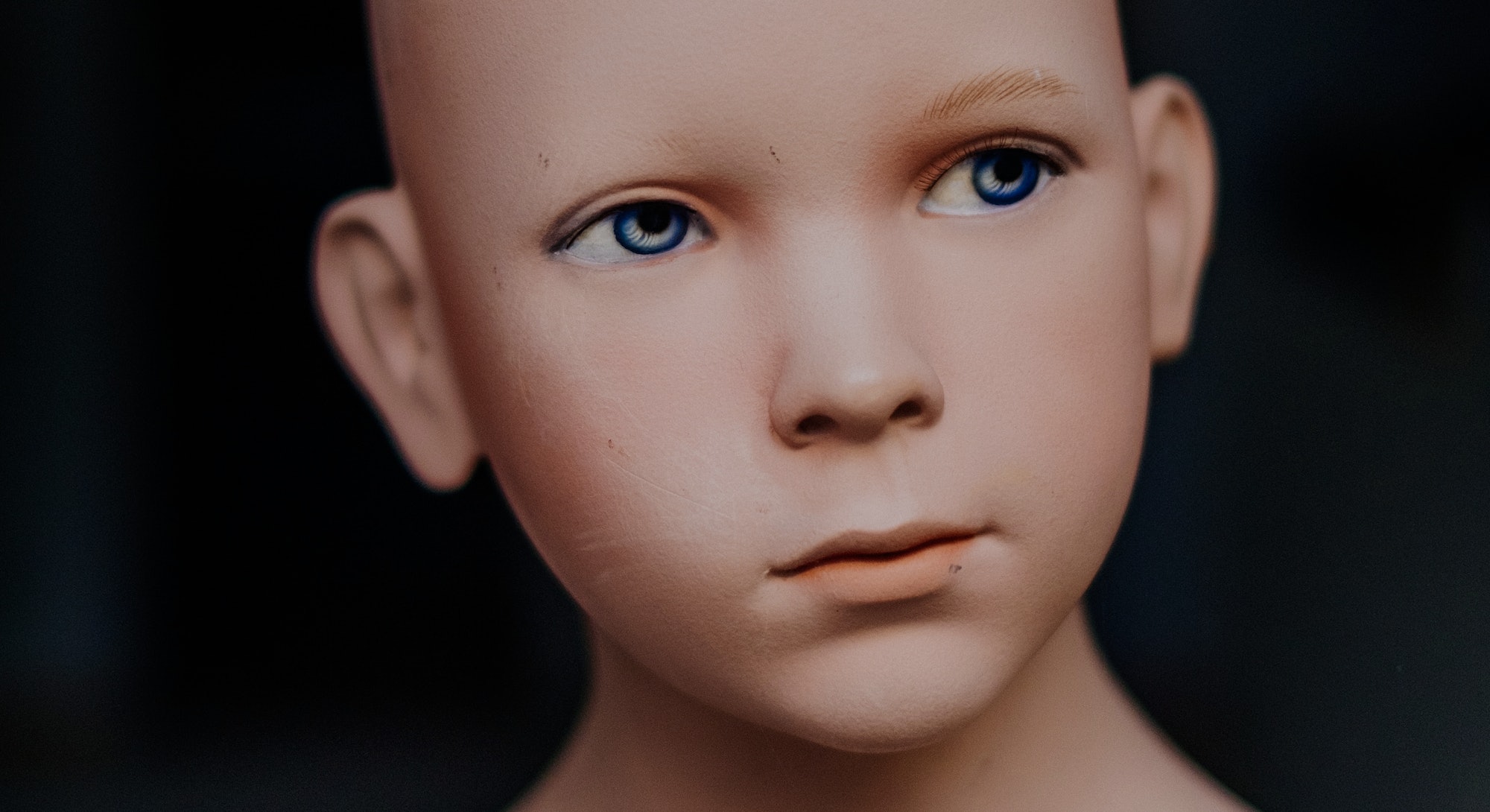 It sounds like crude science fiction: Inject the blood of the young to transform into a more youthful, healthier you. But a new health trend involving the transfusion of teen blood is turning B-movie material into reality, and it’s spurring an industry eager on selling the experimental treatment to willing, aging customers — whether it works or not.

At Ambrosia’s clinics in San Francisco and Tampa, the aging and wrinkled are receiving what founder Dr. Jesse Karmazin simply refers to as a “young blood treatment.” For the sanguine price of $8,000, patients are administered a transfusion of around 0.66 gallons of blood, acquired from donors between the ages of 16 and 25.

Karmazin, 33, graduated from medical school at Stanford in 2014. Shortly before he graduated, a ground-breaking study by Tony Wyss-Coray, Ph.D., a neuroscientist at the university’s Glenn Center for Aging, showed that older mice injected with the blood of young mice had significant improvements in their memory and cognition.

Karmazin says he was simply interested in translating the discovery into a practical application. “If it works so much in mice, it sort of seems like an interesting question,” he says. “Could it work in people as well?”

When Karmazin spoke with Inverse in last fall, Ambrosia had already infused 120 clients with new blood since opening its doors in 2016. Until January of this year, customers were technically paying to participate in a clinical trial, not to receive treatment. To call it that would require knowing what the infusions actually do.

On the experiment’s ClinicalTrials.gov page, Ambrosia’s team declares: “We have drawn biomarkers from clinical measures of aging and physiology, biomarkers of disease advancement, as well as biomarkers of aging from animal and human studies. . . These will represent a spectrum of physiologic pathways with evidence-based connections to aging.”

In other words, the objective of the experiment is to find out how young blood infusions change the levels of these biomarkers. Anyone who pays to take part does so in the hope that the levels will change for the better, but there are no guarantees.

Karmazin told Inverse this month that the trial is now over and that he hopes to publish its results as soon as next year. In the meantime, Ambrosia continues to take patients, administering equal volumes of young blood to each of them. Technically, what Ambrosia’s clientele are getting from young people is blood plasma — that light yellow, fluid component of blood that facilitates the movement of cells and blood’s other elements throughout the circulatory system. Plasma it seems is the key to unlocking our youthful desires.

“Plasma is the solution of the blood, so it doesn’t have any cells in it, but it has everything else,” Karmazin says. “So: blood proteins, hormones, peptides, I mean everything that circulates in the blood is dissolved in the plasma.”

Young people produce larger amounts of healthy plasma proteins and molecules than older people, so in theory, infusions of young plasma will increase the circulatory system’s ability to carry out its normal tasks. “Increasing the levels of all these really important molecules helps tissues repair, it helps some cells regenerate,” Karmazin says. “A lot of this is really well studied in mice… what we’re seeing indicates it could work (in humans).”

The idea of swapping blood between the old and the young to extend life has been around since a French zoologist proposed the idea in the mid-1800s. Parabiosis — the fusion of two organisms’ circulatory systems in the hopes of improving vitality — was shown to improve the cartilage of rats in the 1950s. Continuing the rodent trend, a 2005 Nature study, also by Stanford scientists, demonstrated that old mice infused with young blood had youthful livers, stronger hearts, and more active stem cells. Since then, Wyss-Coray’s work on mice, as mentioned, has shown that infusions of plasma through parabiosis can rejuvenate the parts of the mouse brain and decrease the effects of Alzheimer’s. Ongoing research in the field — and there is plenty of it — is aiming to find out what it is in the plasma that’s so potent.

Karmazin is after the same goal, the only difference being that his methods are a little more enterprising. To document the results of the young blood treatment on its clients, Karmazin says that Ambrosia’s clinics administer 150 different blood tests before the treatment, and then again after. According to Karmazin, the results thus far have been surprisingly positive. “We are seeing really kind of dramatic changes after one treatment, which is sort of beyond my own expectations, to be fully honest,” he says.

Blood tests of people who have undergone the treatment show dramatic improvements in protein health, he says. This, in turn has improved inflammation issues as well as brain health and functioning.

But considering none of these results have been officially published yet, it’s giving other scientists pause.

With young blood’s high price tag has come some criticism. Wyss-Coray, whose work with mice inspired Ambrosia’s leap of faith into the human blood game, told Science that he’s more than a little skeptical of the company’s clinical trial. “There’s just no clinical evidence [that the treatment will be beneficial], and you’re basically abusing people’s trust and the public excitement around this,” he said in 2016. Concerns have been raised about the trial’s lack of a placebo arm, a must in rigorous clinical studies, as well as its inclusion of participants from a broad age range rather than only the elderly. At this Karmazin shrugs, saying that placebo trials aren’t realistic when he’s charging a fee to support the clinical services provided. Besides, he says, is that before-and-after blood tests speak for themselves, so a placebo arm would be irrelevant.

It’s worth noting that in April of this year, Alkahest announced it was initiating a Phase 2 clinical trial of a plasma-derived compound shown to improve the symptoms of Alzheimer’s. In November 2017, clinical associate professor of neurology Dr. Sharon Sha, whose work was sponsored by Alkahest, showed through her clinical trial on patients with Alzheimer’s disease that individuals who were given young plasma had improved abilities when it came to completing basic tasks, like remembering to prepare meals and taking medications.

“Obviously, what we don’t want for people to take away from this study is that it’s time to ask their 18-year-old nephew to give them their blood so they can live forever,” Sha tells Inverse. Nevertheless, as research in this field progresses and interest continues to grow, the people participating in these trials are certainly hoping that young blood will prolong their vitality. Maybe not forever, but you never know.

The “young blood treatment” sounds like a pricey fringe therapy pursued by aging starlets or Keith Richards, but the regime may have actually found its customer niche in the Silicon Valley crowd. Both well funded and open to bizarre experimentation, the hunt for eternal life has been heavily investigated (and invested in) by billionaire technocrats. Most notorious among them could be Peter Thiel. In 2015, the Paypal founder told The Washington Post: “I believe if we could enable people to live forever, we should do that. I think this is absolute.” Thiel’s Breakout Labs, a funding body attached to the Thiel Foundation, has made a point of donating money to radical scientific research, including start-up technologies aimed at prolonging human life.

In 2016, an article by Inc. reporter Jeff Bercovici claimed that Thiel Capital’s medical director Jason Camm had contacted Karamzin and expressed interest in Ambrosia’s young blood treatments. Thiel himself told Bercovici that he was personally interested in the science behind it. “I’m looking into parabiosis stuff, which I think is really interesting,” he said. “I think there are a lot of these things that have been strangely under-explored.” Fact reverted to rumor, however, when almost a year later Karmazin told Tech Crunch that the conversation with Camm had never taken place. In response, Bercovici doubled down on his story, reiterating to Tech Crunch that Karmazin had told him that Camm had definitely reached out to Ambrosia.

When Inverse asked Karmazin about Thiel, the entrepreneur simply said, “I don’t like to get into that anymore.” And this is the dilemma parabiosis enthusiasts face: Despite its promising future, young blood’s present is simply too weird for most people to get behind publicly.

Regardless of whether Thiel is getting his associates to suss out Ambrosia or not, there seem to be plenty of people knocking on the company door. “It’s really interesting. It’s all sorts of people,” Karmazin says, noting that the clientele hasn’t purely consisted of rich tech industry moguls like one might assume.

“[People from] most major cities in the U.S. happen to come to our clinics,” Karmazin says. “But it’s like slightly more men than women. It’s like two-thirds men, and I’m not sure why that is.”

These people are the reason that Ambrosia and Alkahest — together with countless other well-funded anti-aging startups, including Google’s Calico, Elysium Health, and Celularity — exist and thrive. Since they, like Karmazin and the other scientists in this nascent field, don’t really know yet how young blood infusions work, the risk to their bodies and wallets remains. But when longer life is a possible outcome, perhaps no price is too high.

Karmazin — who can’t be part of the trial because he’s under the cut-off age of 35 — is actually so confident in the power of young blood that he’s even treated his own parents. “Yeah!” he says. “They really liked it and that gave me more confidence that it’s the right thing to do.”

Karmazin is convinced that his team will find the key to anti-aging among the many molecules in young plasma. “I know it’s sort of a soft answer. Like I’m saying, ‘It’s lots of things,’ because there’s no one thing in the blood that’s responsible for the entire effect,” he says. “But that’s all we know so far and in the future we’ll know more.”

Trying to live forever on young blood is probably jumping the gun. But who’s to stop Karmazin’s aging customers from planning ahead?