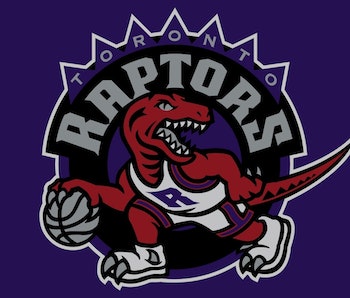 The road to the 2018 NBA title is well underway and the first round is already proving to be an all-out battle, with the top-seeded Toronto Raptors have a chance to end their series against the Washington Wizards during Game 6 at 7 p.m. Friday in Washington. The mages from the capital have proven themselves more than capable of pulling off an upset.

The Raptors finished at the top of the Eastern Conference, while the Wizards squeezed into that final eighth spot to secure their place in the playoffs. Regardless of their season performance, the Wizards haven’t held back and could potentially take this series to a seventh game, which would take place in Toronto.

To predict the result of this and other games, San Francisco technology firm Unanimous A.I. used what’s known as swarm intelligence to forecast the playoffs. Forty-three NBA basketball fans worked together as a hive mind to predict the outcome of the Raptors vs. Wizards series. As you can see in the animation below, each participant controlled a little golden magnet and used it to drag the puck toward the answer they thought was the most likely outcome. As the users saw the puck move toward a particular outcome, it triggered a psychological response. They readjusted their decision-making, building a consensus.

The hive mind quickly and convincingly made its pick, with a majority of participants agreeing that Toronto will walk away the victors. But as this series has shown this will by no stretch of the imagination be a blowout.

Swarm participants were also asked to predict how many games each series would last and assigned a hypothetical, virtual dollar wager to add on a final layer of conviction for each forecast. Their collective choices are displayed below.

More like this
Mind and Body
5.7.2022 12:00 PM
Barbell exercises might not work for everyone – here’s what to do instead
By David Rogerson and The Conversation
Innovation
43 minutes ago
One simple thing makes the Nissan Z a perfect sports car
By Jordan Golson
Innovation
2 hours ago
Boeing Starliner OFT-2 launch date, specs, and timeline for the ISS flight
By Harry Stoltz
Related Tags
Share: