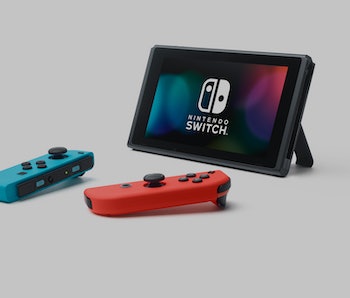 The quest to hack the Nintendo Switch has come to an end. On Monday, two similar exploits that would allow users to execute unauthenticated code on the popular gaming console were released to the public.

The hacks are completely hardware-based, meaning Nintendo cannot simply release a patch to fix this venerability they can only ensure future consoles don’t have it before they leave the factory. This essentially turns the Switch into a device that you can run any operating system on. It’s a blank canvas ready for the DIY-gaming community of the internet to turn it into pretty much whatever they can think of. And it is all thanks to a Nvidia Tegra X1 chip the console uses to boot up.

News of this unpatchable vulnerability began spreading online when the ReSwitched hacking team published the summary of what they’ve named the, “Fusée Gelée” exploit. This post revealed that by shorting out a single USB pin on the right Joy-Con connector on the Switch, users could gain access to its bootROM, the first code executed by the device.

That part takes a little bit of tech finesse, as someone could accidentally fry their whole console if they aren’t careful. But almost immediately after the ReSwitched drop, another hacker collective by the name fail0verflow tweeted an image of a paperclip-like device that would short out the USB pin in a breeze.

In their own post, fail0verflow explain that they had been sitting on the information about this exploit for about three months. The hackers were waiting out a “90-day disclosure window” agreement that they established with Google after they revealed the venerability to the tech company. Google asked them to carry through with this because the same Nvidia chips are used in Android devices, which could subject them to exploits as well.

There have been several hack exploits for the Switch since its release, with the initial one was actually published the same day the console was released, but this is the granddaddy of them all. The “switchhaxing” is already cooking up ways to take this exploit further. If you decide to hop on the bandwagon, keep in mind that while Nintendo can’t do anything to stop you, it can cut you off from online functionality if it detects you’ve been tampering with your Switch.

We’re going to be seeing a lot more than Super Mario Odyssey and Legend of Zelda Breath of the Wild on Switch screens after this.

More like this
Innovation
5.21.2022 2:30 PM
46 years ago, one video game innovation modernized the industry — and traumatized a generation of gamers
By Zack Kotzer
Gaming
5.21.2022 12:00 PM
Everthing we know so far about future Nintendo Switch Sports updates
By Jess Reyes
Gaming
5.23.2022 1:30 PM
Nintendo Switch OLED made me fall back in love with handheld gaming
By Tom Regan
Share: