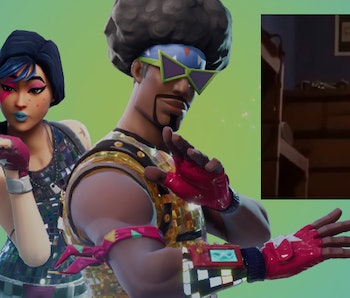 Today’s video game communities are all about in-game dancing, so it only makes sense that Fortnite developer Epic Games would host a #BoogieDown contest urging players to submit real-life dances for consideration as game emotes. But after the winner of the contest was announced on Sunday, the Fortnite community rebelled and instead clung to a hero dubbed “Orange Shirt Kid” who placed 23rd in the official contest ranking. There’s even a Change.org petition demanding that he be made the new winner. As of this writing, 4,478 people have signed the petition to make Orange Shirt Kid the winner.

Going by @Kid_Fortnite12 on Twitter, Orange Shirt Kid aptly described his #BoogieDown submission as “so cringe.” That’s probably why people love the dance so much. So many of the Fortnite dances are inherently pretty cringe-worthy, which is exactly what makes them so great. The dance itself defies convention and definition. It’s pretty amazing.

Here’s Orange Shirt Kid’s original dance, without music, which has been remixed with all sorts of hardcore tunes since its debut:

Even the original Twitter submission saw tons of traction, with more than 39,000 likes and more than 17,000 retweets by Monday morning. The Twitter action surrounding the actual winner of the contest pales by comparison.

Perhaps the best way to experience the glory of Orange Shirt Kid is in the well-watched remix from YouTube channel NardoAndRonnie, set to the thumping tunes of YuNg BrAtZ’s “XXXTENTACION”:

Within 24 hours of the contest winners being announced, more than 24,000 people on the Fortnite subreddit upvoted a post demanding #JusticeForOrangeShirt. There are even fans making their own tribute videos of themselves doing the Orange Shirt Kid dance.

To be fair, the top five dances in the contest are also really good, albeit a bit basic in their execution. Orange Shirt Kid captured a bit more of the Fortnite community’s hardcore and eccentric nature. Will Epic Games pay enough attention to this petition and the overwhelming fan response to do something about it? Probably not, but who knows what could happen. For now, more important things are happening in the immediate future, with Fortnite Season 3 ending on April 30 and potentially triggering a meteor to crash into the Tilted Towers.

You can see the full ranking of #BoogieDown contest participants over on the Fortnite blog’s original contest announcement post.