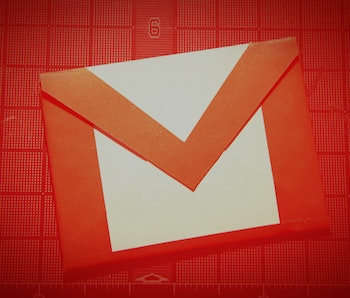 In an email to its G Suite customers, Google announced on Wednesday that the company plans to launch a new Gmail design. The interface will contain several new elements that will make Gmail users’ web experience more aligned with Google Inbox for mobile.

In a confidential email (that leaked, of course) G Suite customers were offered a chance to opt-in and use the new design through an Early Adopter Program. Google offers some expectations for the new interface, including a “Smart Reply” feature, the ability to snooze emails, offline support, and a Google Calendar sidebar, not to mention new web layouts that come with these changes.

The Smart Reply feature, where Gmail provides automated suggestions at the bottom of each email to generate faster responses, is already a tool found in Google Inbox for mobile. The new snooze feature, which will allow users to temporarily remove emails from their inbox until they are ready to reply, is also a fan favorite in the Inbox app. While these were considered radical new features when Google debuted them in the app in 2015, this new redesign feels like a web integration of what has worked on mobile for years.

The Gmail design will also a feature a new sidebar that will allow users to reference their Google Calendar and Keep note-taking app alongside email. There will be three new layouts of the integrated system to choose from: a default view that highlights attachments, a comfortable view that does not, and a compact view that condenses more messages onto a single page.

Google plans to make the new design available to G Suite and Gmail users through the Early Adopter Program within the next few weeks. In the meantime, it is currently being tested inside Google and with a few trusted partners.

Usually, companies that deliver drastic changes to their UI can expect backlash from a change-resistant fanbase. Given that Google’s announcement includes mostly familiar updates, user outrage hasn’t erupted… yet. Of course, the company’s email to G Suite customers said that these were just a few of the changes users can expect.

More like this
Innovation
Sep. 21, 2022
Look: Drones could be the future of 3D-printed architecture
By Jennifer Walter
Innovation
17 hours ago
This sound-powered underwater camera could reveal deep-ocean secrets
By Molly Glick
Innovation
Sep. 25, 2022
ePlane? Electric planes may come sooner than you think
By Gökçin Çınar and The Conversation
Related Tags
Share: