'Rampage' Review: The Rock and a Gorilla's Love Is All That Matters

Sometimes, when you’re in love, it seems like nothing else in the world matters. That love doesn’t need to be romantic, as any sort of especially strong feelings for a partner, family member, or friend can make everything else seem vapid in comparison. It’s this truth about the human — or rather, the primate — condition, that lets Rampage soar. It doesn’t matter how dumb almost everything about this movie is when there’s a bond as strong as the one between the Rock and a giant albino gorilla at its core.

This is a spoiler-free review of Rampage.

Rampage is loosely based on the old arcade game series, as there are several key changes. In the games, which were a gloriously unapologetic destruction-fest, the giant monsters George, Ralph, and Lizzie, were actually normal humans who had been transformed into giant Kaiju. The new movie changes that, as now the three monsters began as regular animals who were transformed when exposed to a comically evil corporation’s biohacking experiments.

That change allows for Dwayne Johnson to play Davis Okoye, a former special forces operative/anti-poaching task force member who has found a new calling as the world’s beefiest primatologist. Working at the San Diego Zoo, Davis is the type of person who another character explicitly says gets along with animals better than he gets along with people. And, there’s no animal he gets along better with than George, an albino silverback gorilla.

Every couple has their own love language, and in Davis and George’s case, that language is extremely proficient sign language and pranks. George is a giant goofball who gives Davis the finger on more than one occasion. Silly and over-the-top as it may be, Davis and George’s relationship, and the resulting fear Davis has when his friend grows huge and starts to rampage, make sense. 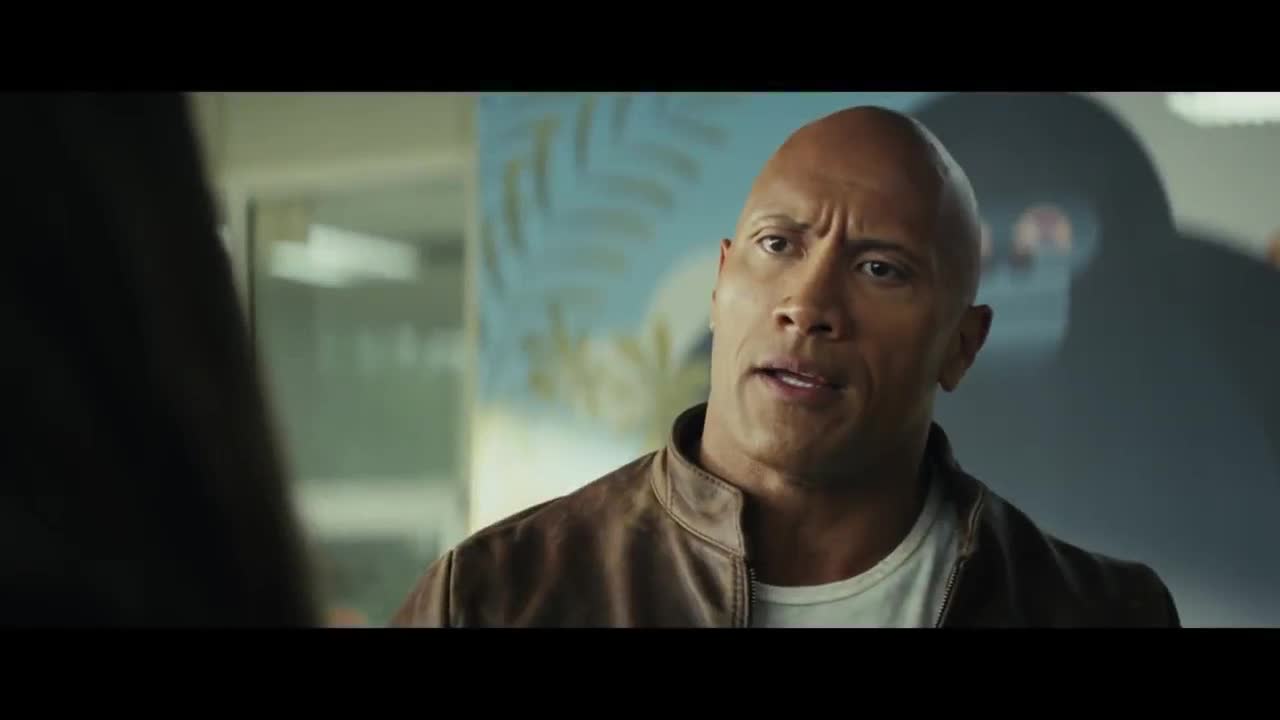 The same can’t be said for the relationships between literally any other character in the movie. Naomie Harris plays a guilty geneticist named Dr. Kate Caldwell, and Jeffrey Dean Morgan plays a government agent with the mannerisms of Yosemite Sam on quaaludes, but they’re both underdeveloped. The villains behind the evil genetic modification that created the monsters, Malin Akerman and Jake Lacy, are Scooby Doo-level bad guys. Everything except for the Rock’s charisma and his concern for a CGI gorilla exists only to set up action scenes where that ape, a flying wolf, and an alligator knock over the Willis Tower and ride it as it falls to the Chicago streets.

That’s okay. The Rock saves Rampage just like he ultimately saves the Windy City from total destruction. Rampage is a stupid excuse to cash-in on a barely remembered video game franchise’s name and use it to make some buildings explode in an entertaining way. It does this, but the Rock’s impeccable screen presence gives the film some heart. The Rock loves this gorilla. Those feelings are real enough — or at least, entertaining enough, that they invite you to open your cold heart and let a little bit of dumb in.

As evidenced by the Davis and George’s surprizing inter-species, inter-size bond, we don’t always get to choose who we love. You might walk into Rampage with low expectations, only to find yourself wondering why you’re feeling joy at the sight of a giant ape making the sex gesture at the Rock by making a ring out of his thumb and index finger and sticking his other finger in an out of it. “This is juvenile and stupid,” you might think. “Why am I enjoying this?”