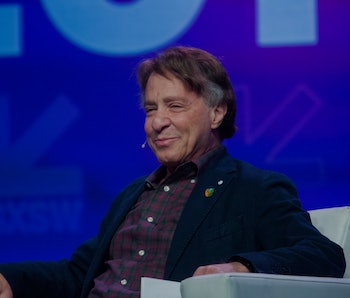 On Tuesday, futurist Ray Kurzweil sat down for a live interview at SXSW to discuss how humanity’s ever-improving technology will drastically change peoples’ lives in the years to come.

Kurzweil, who is currently a director of engineering at Google, believes that clinical applications of biotechnology will profoundly transform health and medicine. One of the ways he said this will be accomplished is by improving one of the underlying components of our bodies, DNA.

“Biotechnology is not just another type of medicine, it’s a whole profound methodology for reprogramming the outdate software in our bodies,” Kurzweil said. “We have software in the form of our DNA. They’re actually linear forms of data and they control our lives. But they evolved in a period when it wasn’t in the interested of the human species to live past the age of 25 because there was limited food and resources.”

He went on to explain that the alteration and improvement of DNA will soon become commonplace in hospitals through techniques like immunotherapy.

Immunotherapy is an emerging way to fight autoimmune diseases, which are conditions caused by a weird response from the immune system. For this type of treatment, specialists bolster the immune system by providing it with artificial proteins and stimulating it to work harder in fighting the ailment.

By looking at the human body as if it were a highly advanced computer, researchers have discovered ways to vastly improve upon what nature has already given us. Kurzweil says humanity is now on the verge of realizing the full potential of that possibility.

If he’s right, tweaking and enhancing the human body’s ability to combat disease is just the first step towards fully retrofitting the body with technology.

More like this
Science
Jan. 21, 2023
A deadly fungal plague swept the world of The Last of Us — is it realistic?
By Tara Yarlagadda
Science
Jan. 21, 2023
Plague study complicates a commonly held belief about the Black Death
By Samuel Cohn, Philip Slavin and The Conversation
Innovation
Jan. 25, 2023
Starship orbital flight: SpaceX successfully loaded the rocket with over 10 million pounds of propellant
By Mike Brown and Molly Glick
LEARN SOMETHING NEW EVERY DAY.
Related Tags
Share: