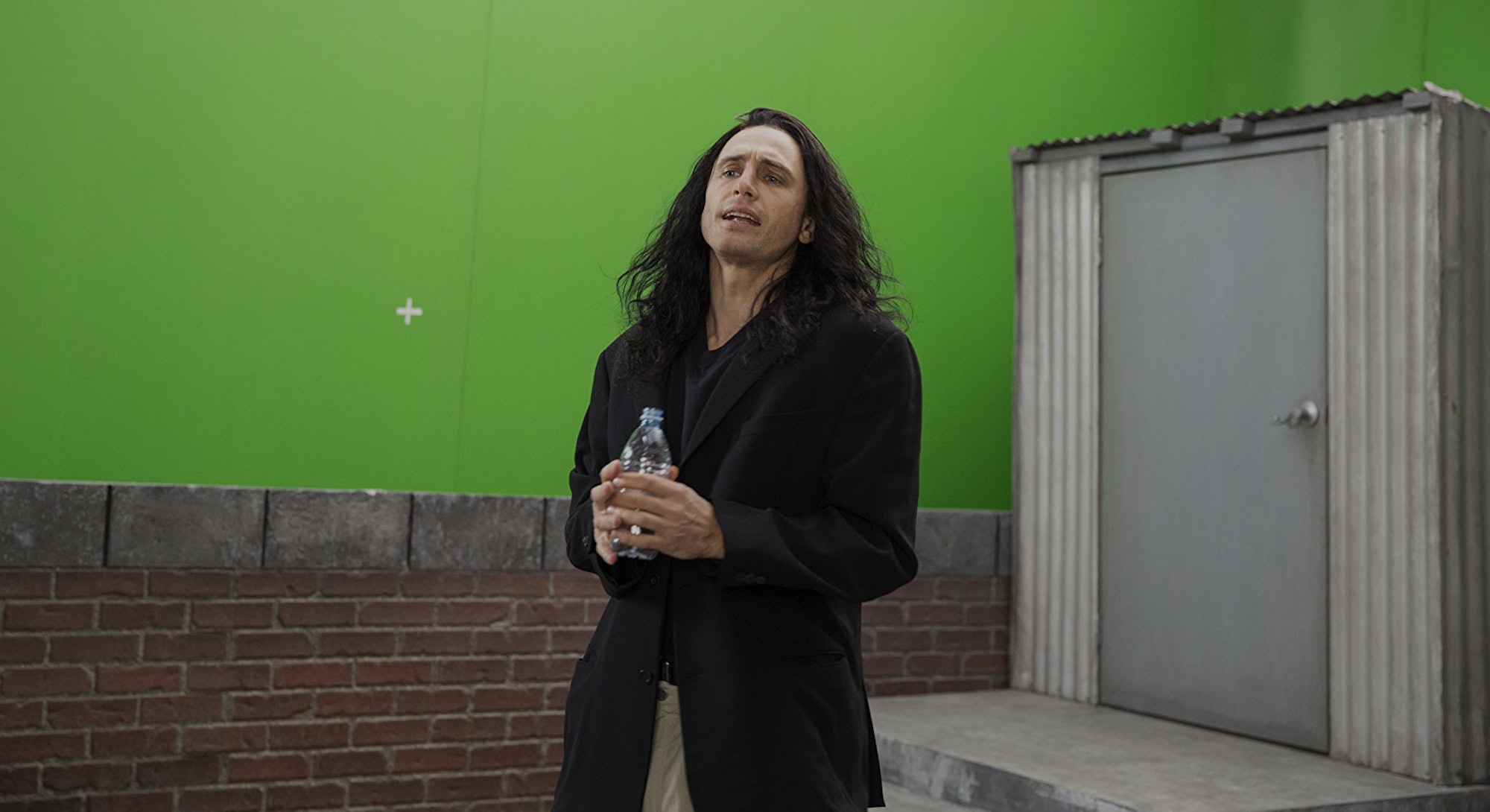 Was Tommy Wiseau the bad guy in The Disaster Artist? Depends on who you ask.

A storyteller who sacrifices his best — and only — friend in the pursuit of art, The Disaster Artist starring James Franco positions Tommy as the obstacle for the other characters to overcome. But the real Wiseau thinks otherwise.

“I don’t think it’s antagonistic presence, I disagree with you,” Wiseau tells Inverse in an interview over the phone. “What [Franco] was presenting, he presented character, playing me, as real life. So you have live realism. You don’t have fantasy. You don’t have assumptions. You have facts. I don’t think the character is near what you describe.”

With the Blu-ray release of The Disaster Artist last week, the behind-the-scenes story of The Room — a 2003 “drama” produced, written, directed by, and starring Wiseau — is once again in focus. Hoping to write his own ticket to fame with his self-made, self-financed film, Wiseau achieved notoriety in the opposite way, with a movie so bad it could be mistaken as a caricature of itself. Wiseau’s bizarre creative choices, and his personal eccentricities that were only exaggerated on camera, made The Room such a phenomenon that it still sells out in midnight screenings everywhere, including one in Hong Kong last January.

The circumstances that birthed The Room are told in the 2013 memoir, The Disaster Artist from Greg Sestero, best known as the “Mark” in “Oh hi, Mark.” Late last year, Sestero’s book was adapted into an acclaimed comedy, with brothers Dave and James Franco as Greg and Tommy, respectively.

Tommy is the source of strife for the film’s other characters, such as when he berates his lead actress Juliette (Ari Graynor) while he’s completely naked during a sex scene. As the voice of reason, Greg is effectively the hero while Tommy is the foil, despite his protests.

“I hero, you all villain,” Tommy says in the film. “Yeah, you laugh at the hero. That what villain do.”

It may be telling then that Franco described becoming Tommy for The Disaster Artist like becoming a comic book villain (which Franco did for 2007’s Spider-Man 3). “It’s almost like … when Spider-Man gets infected by the dark Symbiote and suddenly is this black Spider-Man, which turns into Venom,” Franco tells Vox. “We’re connected and we’re similar, but a positive and a negative.”

Though he disagrees with his unofficial title as the Disaster Artist’s villain, Wiseau thinks Franco did “a very good job” with portraying him. Wiseau argues that both he and Franco’s character were trying to conjure emotions from the actors of The Room to capture the “realism” on camera. He brings up how he treated his female actors, even though I didn’t.

“If you talk about antagonist approach towards ladies, girls, females, I think you are wrong,” Wiseau says, “because realism, how you present on the big screen, is your choices. You present the way life is. Hitchcock would tell the same thing.”

There will always be some ambiguity around what really went on during the making of The Room — the actors themselves have said that the line between Wiseau’s directions for motivation and torment are blurry. When asked about what transpired, the real Juliette Danielle (known as the “Lisa” in “You’re tearing me apart, Lisa!”) vaguely alluded to Uproxx that the film’s set “had its moments” of difficulty. But she commended Sestero’s book, saying “he hit the nail on the head.”

“He did leave a few things out from my story, and I think he did that as a kindness,” she said. “One day, I will tell my side of the story.”

Robyn Paris, who played “Michelle” in The Room, lauded The Disaster Artist for its authenticity in a review for Entertainment Weekly. “The set, the actors’ costumes, the intonation of dialogue, the behind-the-scenes shenanigans — all true to what actually happened on The Room set,” Parris writes. Most notably, she says Franco’s portrayal of Tommy “is dead-on accurate,” which isn’t exactly a compliment for Wiseau.

Sestero agrees that his friend has some difficult qualities — and that they shine through pretty apparently in Franco’s version of him.

“I think that’s kind of the beauty of the Tommy character. You’re drawn in by his weirdness,” he tells Inverse. “You realize underneath that he’s all of us. He wants to be accepted and looked up to. You start rooting for him but then you realize that he does have a destructive quality to himself.”

Much of the acrimony between Tommy and his crew in The Disaster Artist comes from his own doing. For example, after giving a documentarian access to the set, Tommy hears his crew backbite him via the recorded footage. This fuels Tommy to lash out back, causing an irreparable rift on set.

The real Wiseau stands by his actions. “I gave them warning. It’s not like I surprise them,” he says. “I saw this disrespectful behavior. I give them jobs. It’s not right, is my point. I’m speaking about this very openly.”

There exists a narrative that Hollywood’s most powerful voices, from Stanley Kubrick to David O. Selznik, to Wiseau’s beloved Alfred Hitchcock, sacrificed geniality for genius. Actions that fit the definition for sociopathy have wrongfully excused what could be considered abuse, all because of the results. Shelley Duvall cried for 12 hours a day working with Kubrick; Kubrick, in turn, made The Shining. Tippi Hedren said Hitchcock put her “in a mental prison”; their collaboration became The Birds and Marnie. Selznick reportedly used duct tape to make Vivian Leigh’s cleavage more pronounced. Though Leigh couldn’t breathe, Gone with the Wind became a classic, showered with eight Academy Awards and is still the most financially successful movie when adjusted for inflation.

None of those actions are excusable, but aspiring storytellers are inclined to behave as such, believing that’s how great art is made. But while Kubrick and Hitchcock made masterpieces, Wiseau unequivocally made a “disasterpiece.”

Perhaps the last laugh belongs to Wiseau. Though The Room grossed just $1,800 in box office receipts, its cultural status is priceless. Fifteen years later, it continues to sell out theaters across the country, where tipsy patrons fling spoons and footballs at the screen — and each other.

“I always believed in my project,” Wiseau says. “I always believed from the beginning, and if you ask Greg he will tell you the same thing. Did I anticipate the success? No. I did not. Because if I fail, I move on to the next project.”

In The Disaster Artist, Tommy is definitely the bad guy, even if the real Wiseau is ready to reckon with what that means. In the magic and irreverent weirdness of The Room, maybe some darker mysteries will always remain.

The Disaster Artist is out now on Blu-ray, DVD, and Digital HD.