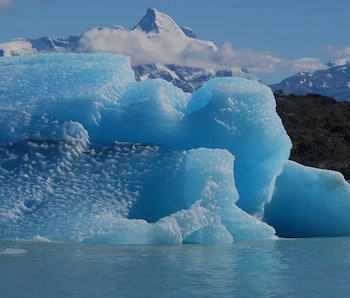 The Earth is changing in ways that could cause an actual mass extinction during our lifetimes. In recent years, scientists have made it abundantly clear that humans are driving climate change, but what they’ve only recently found out is how quickly we’re making the Earth more inhospitable. In a new study published Monday in Proceedings of the National Academy of Sciences, they report that the rate at which the climate is getting worse is actually increasing each year.

In the paper, a team of climate researchers shows evidence that global sea levels are rising at an accelerating rate. Scientists previously thought that sea level rise was constant at 3 millimeters per year or even slowing, but this new study, first authored by R. Steven Nerem, associate director of the Colorado Center for Astrodynamics Research, shows that the annual global average sea level rise has increased by about 0.08 millimeters each year.

Sea level rise is a combination of water expanding as sea water temperatures rise and water levels rise as long-frozen glaciers melt and join the oceans. Climate change has exacerbated both of these factors, and this new research suggests that the effect is larger than previously predicted.

Previous calculations were off because of a combination of miscalibrated instruments and unique environmental factors, write the researchers. For example, the satellite TOPEX/Poseidon was launched in 1992 to measure ocean topography, but the year before that, Mount Pinatubo erupted in the Philippines. These seemingly unconnected events actually interacted in a strange way. That eruption caused a modest decrease in global mean sea level, which made the first years of TOPEX/Poseidon’s measurements show a deceleration in sea level rise.

The next 25 years combined minor calibration errors in tide gauges and other satellite altimetry equipment, which ultimately averaged out to show a misleadingly steady increase. As part of the new study, the researchers corrected for this statistical noise, showing that the rate of sea level rise actually slowly accelerated over this time period.

A 0.08-millimeter annual rise sounds small, but over many years it will add up to a big difference. By these calculations, global sea levels could rise by up to 77 centimeters by the year 2100.

This could worsen coastal flooding, which was already predicted to get more severe when scientists predicted it at previous sea level measurements.

The new PNAS study comes hot on the heels of another study, published in December 2017, which also shows evidence that scientists have underestimated sea level rise. In that study, researchers say satellite altimetry is insufficient for measuring increased water volume because the seafloor is also sinking.

With these two papers, the case is becoming clearer that climate change research is constantly being refined and corrected, and as that happens, the picture becomes increasingly dire. Let’s see what we find out next.

Abstract: Using a 25-y time series of precision satellite altimeter data from TOPEX/Poseidon, Jason-1, Jason-2, and Jason-3, we estimate the climate-change–driven acceleration of global mean sea level over the last 25 y to be 0.084 ± 0.025 mm/y2. Coupled with the average climate-change–driven rate of sea level rise over these same 25 y of 2.9 mm/y, simple extrapolation of the quadratic implies global mean sea level could rise 65 ± 12 cm by 2100 compared with 2005, roughly in agreement with the Intergovernmental Panel on Climate Change (IPCC) 5th Assessment Report (AR5) model projections.