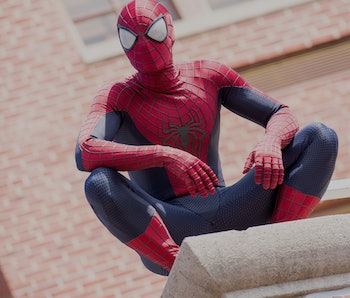 After much ado was made about something, Marvel and Sony have announced Tom Holland will portray Peter Parker/Spider-Man in the next Spider-Man due July 28, 2017. Jon Watts (Cop Car) has also been attached to direct.

In a statement by Sony Chairperson Amy Pascal told Marvel, “Sony, Marvel, Kevin and I all knew that for Peter Parker, we had to find a vibrant, talented young actor capable of embodying one of the most well-known characters in the world. With Tom, we’ve found the perfect actor to bring Spider-Man’s story into the Marvel Cinematic Universe.”

A very young actor, which is what Marvel and Sony wanted, Tom Holland has appeared in 2012’s The Impossible and this year’s In the Heart of the Sea. He will portray the web-slinger in the as-of-yet untitled 2017 Spider-Man, but there are rumors he will show up in 2016’s Captain America: Civil War.