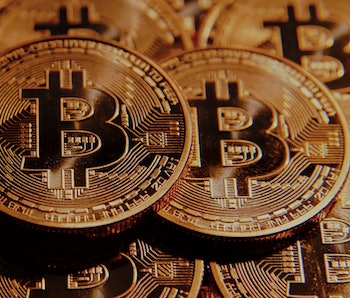 Bitcoin’s price may have been manipulated by traders seeking to shoot the price up with suspicious activity. New research found suspicious activity in the years-old transaction logs of the ill-fated Mt. Gox exchange, which went from handling 70 percent of all bitcoin transactions to declaring bankruptcy in 2014 after losing over 800,000 bitcoins. It appears a number of accounts automatically pushed the price up with bot-powered trades.

The research, conducted by teams at the University of Tulsa and Tel Aviv University and published in the Journal of Monetary Economics this month, looked into transactions on Mt. Gox between February and November 2013. The team found that a single account named “Markus,” which was missing location data, seemingly never paid transaction fees and paid random prices for the bitcoins. A total of 335,898 bitcoins worth $76 million were accredited to his account over 225 days.

It gets weirder. Another 49 accounts that were also missing important data, grouped by the researchers under the name “Willy Bot” for their habit of purchasing exactly $2.5 million in bitcoins before stopping, bought 268,132 bitcoins over the course of 65 days, action which was strongly correlated to a price spike that moved from $150 to $1,000 during that same period, a near-700 percent rise. “Markus” and “Willy Bot” accounted for an average of 21 percent and 18 percent of Mt. Gox’s daily activity respectively while they were active.

Ultimately, Mt. Gox filed for bankruptcy in Japan in February 2014, after admitting it had lost $450 million worth of bitcoins. It wasn’t until March 2017 that bitcoin’s price finally recovered from the Mt. Gox shock and started to surge to its current price of $12,033, fueled by a larger wave of cryptocurrency excitement.

However, the researchers warn in the paper that today’s market is susceptible to similar shifts. With nearly 900 “altcoins” on the market, many of these smaller tokens will have the same low levels of trading as seen in bitcoin’s past. Similar manipulation could cause the same spikes and drops.