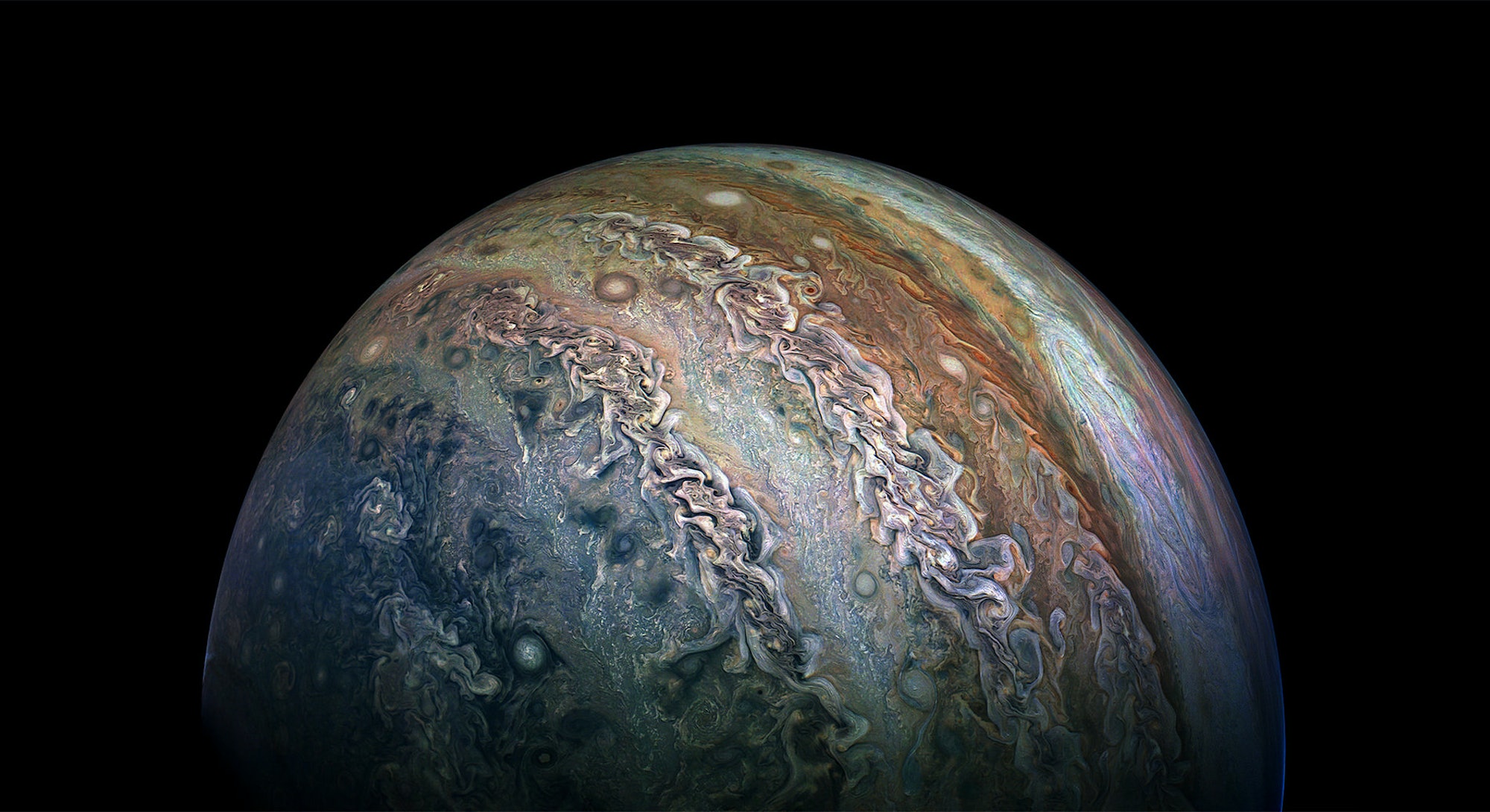 Do you, like me, suck at interacting with human beings? Do you find yourself darting off to the nearest dog and/or cat at a party? Well boy oh boy do I have some totally noncontroversial content for you to bring up at your next birthday gathering/house party/séance!

It’s truly difficult to talk to strangers about things you don’t really care about. But the good thing about space is that everyone cares about it in some capacity — after all, we’re all traveling on a big object hurtling through space as we speak. So next time you find yourself in an awkward social situation and at a loss for words, bust out one of these nifty space facts! Who needs small talk when you can use big ideas about the universe to feign interest in conversation?

10. Jupiter’s Great Red Spot Is Even Deeper Than We Thought

It seems like an obvious question, but just how deep into Jupiter’s atmosphere does its massive storm system known as the Great Red Spot actually extend? Believe it or not, we didn’t know the answer to this until this year, when NASA’s Juno spacecraft went in for an unprecedented close-up of the massive storm.

“Juno data indicate that the solar system’s most famous storm is almost one-and-a-half Earths wide, and has roots that penetrate about 200 miles [300 kilometers] into the planet’s atmosphere,” Juno principal investigator Bolton said at the American Geophysical Union meeting in New Orleans on December 11, according to Space.

9. Our Nearest Major Galaxy Is Still Suuuuuper Far Away

Yeah, we’re not going to the Andromeda Galaxy anytime soon. The Milky Way’s nearest major galactic neighbor is still about 2.3 million light-years from ours. It’s not exactly a hop, skip, and a jump to get there.

8. Saturn Has the Best Ring System Because They’re Mostly Made of Water Ice

This makes them extremely reflective. Jupiter, Uranus, and Neptune also have rings, but they contain much more dust. This means they’re much more difficult to see.

7. Mercury and Venus Have No Moons

So sad. So lonely. Makes you feel lucky the primordial Earth collided with another planetary mass object to form the moon, and Mars was able to capture little Phobos and Deimos from the asteroid belt. Otherwise, life tends to be lonely for rocky planets.

6. Mars Has the Largest Mountain in the Solar System

5. Earth’s Moon Is Thought to Be About 4.5 Billion Years Old

While there’s some debate about the moon’s exact age, it’s probably about 60 million years younger than the solar system.

Mars has reddish days and bluish sunsets. It all has to do with the way light penetrates dust within the planet’s thin atmosphere. The effect is appropriately eerie for an alien planet.

3. Uranus Spins on Its Side

Uranus is known as being the butt of everyone’s jokes, but the truth is, it’s a fascinating planet. It’s also a little quirky in that its spin axis is 98 degrees off its orbital plane with the sun. This could be the result of the planet getting walloped a bunch of times by random objects in its nascency.

2. Saturn’s Rings Have “Kittens” Inside Them

No, this is isn’t just something I made up because I love cats and Saturn. “Kittens” are the actual name given by scientists to describe moonlets discovered within Saturn’s F Ring. These moonlets influence the ever-changing structure of the F ring.

“These ‘kittens’ show us clumps now forming in Saturn’s F ring, a disk of material like the original protoplanetary disk around our Sun, like when the Earth and the other planets formed 4.5 billion years ago,” Larry Esposito, principal investigator of the Ultraviolet Imaging Spectrograph (UVIS) experiment on the Cassini, told Inverse back in September. Esposito led the effort to name the moonlets “kittens,” much to the chagrin of some dog enthusiasts he worked with.

“This was an appropriate nomenclature for temporary features, and I favor using feline names in other applicable situations,” he said.