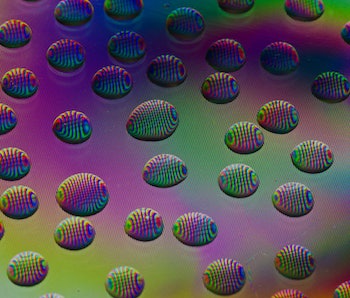 Psychedelics are enjoying the right kind of flashback.

After avoiding work on potentially career-killing drug research for over fifty years, scientists are back to investigating their potential uses in treating debilitating psychological issues such as addiction, anxiety, and end-of-life depression. While the drugs are still considered illegal by the US government, they’re slowly being allowed back into the laboratory on a case-by-case basis. The preliminary results have been overwhelmingly positive — good news for a nation struggling to treat a wealth of psychological ills.

The drugs didn’t always have such a bad reputation. From the 1950s to the 1970s, the US government put an estimated $4 million into research on their uses. Once they found their way into 1960s counterculture, however, the funding began to dry up. It wasn’t long before Nixon signed the drugs — which included LSD, psilocybins, MDMA, DMT, peyote, and ibogaine — into the criminal code with the Controlled Substances Act in 1970. The likelihood that they’d ever be used again for actual scientific research dwindled to zero.

That is, until now. A study on psilocybins published by researchers from Johns Hopkins University in 2006 reopened the field, and today the Multidisciplinary Association for Psychedelic Research lists dozens of new studies on different drugs taking place across America and internationally, with positive preliminary results. The research couldn’t be taking place at a better time: The World Health Organization reports that 350,000,000 individuals worldwide suffer from depression. Addiction to substances, both legal and illegal, costs the US over $700 billion annually, according to the National Institute of Drug Abuse. Conservative estimates of the percentage of Vietnam, Gulf, and Iraq War veterans suffering from PTSD range from 11-30%.

The existing research is promising. A 2015 study in the Journal of Pharmacology showed that classical psychedelic use actually correlated with reduced lifetime rates of suicidal thoughts (whereas use of illicit drugs were associated with increased likelihood), and anxiety has been successfully treated with the controlled use of LSD and psilocybins. And just last year, a study published in The Journal of Psychopharmacology reported success in treating nicotine addiction with mushrooms. Perhaps the most interesting use of psychedelics, however, is their use in easing depression about dying in terminally ill patients. It’s not well known, but Aldous Huxley took LSD in his last days with his battle with cancer, and his wife’s account of his passing is sometimes referred to as the ‘most beautiful death’.

Even though America is loosening up when it comes to drugs like marijuana, it’ll be an uphill battle for researchers looking into therapeutic uses for psychedelics. The fact that these scientists have managed to reopen the field, however, holds great promise for the future of psychedelics.