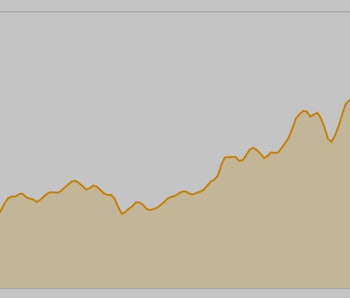 On Sunday afternoon, the value of cryptocurrency bitcoin topped more than $11,770, up from a low on Thursday of $9,400. The volatility of the currency that has risen in value by 1,434 percent since last year at this time is leading many to think that the bitcoin bubble will burst.

“Be ready for the blockchain apocalypse,” warn the makers of Bitcoin Bubble Burst, an alerts service that promises to scan social media and news reports about bitcoin and use neural networks to predict what changes in bitcoin value may result before those changes occur.

“Sometimes huge events, like the ban of Bitcoin in China, are mentioned in social media and the news - before it affects the value,” the service’s makers mention on their website, promising that their email service will spot those movements and advise bitcoin users about them so they can make decisions to buy or sell.

The program debuted at Tech Crunch’s Disrupt hackathon in Berlin, Germany on Sunday.

The three developers — Claudio Weck, Saad El Hajjaji, and Karthick Perum — told TechCrunch the new app had been correct in predicting bitcoin value changes, but there’s not much history or evidence just yet.

They say the service won’t have “spam” or ads and it will be open-source, keep data private, be encrypted, and only give you alerts if they are important. Seems nice! You can sign up for alerts on its site.

The group’s 60-second presentation was awkward and clunky, but the promise they make is enough to investigate their service more deeply. Great things have come from inauspicious beginnings, before, after all.

More like this
Science
11 hours ago
Studying ancient human DNA has unlocked our origins — but the ethics are hazy
By Emiliano Rodríguez Mega and Knowable Magazine
Science
Jan. 25, 2023
Look: Primate relative shows how ancient animals adapted to global warming
By Jennifer Walter
Science
Jan. 24, 2023
Look: With a mouth full of teeth, this Pterosaur ate like a whale
By Jennifer Walter
LEARN SOMETHING NEW EVERY DAY.
Related Tags
Share: