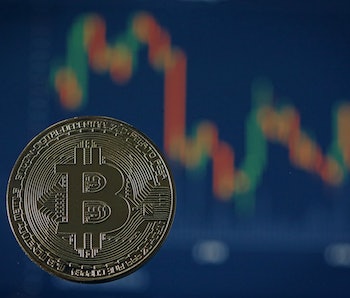 Nothing lasts forever, but normally things last for more than a few hours. Bitcoin wasn’t so lucky, as after the cryptocurrency surged to more than $11,000, its value tumbled Wednesday.

At its lowest, the blockchain-based cryptocurrency plummeted to around $9,000, meaning nearly a fifth of its value had suddenly vanished. But is this a sign of the bitcoin bubble bursting or just a temporary blip?

While skeptics of the cryptocurrency were quick to post bubble-bursting memes on social media, the bitcoin diehards on its dedicated subreddit remained generally calm, even blase in the face of this sudden drop. User Exotemporal attributed any panic to a lack of memory.

“They don’t remember the past because they weren’t there to witness the previous dips,” the redditor wrote. “I can see why someone would think that a 20 percent drop that happens within minutes is scary as hell. They’ll learn that these dips that aren’t accompanied by bad news are just transfers of money from the weakest to the strongest hands. Dips are a regular occurrence and an opportunity for newcomers to buy discounted bitcoins.”

The lack of any specific event precipitating this drop is a crucial point. Outside of a few hiccups with the cryptocurrency exchange Coinbase’s servers, nothing notable has gone wrong with bitcoin to cause this sudden downward spike. That doesn’t guarantee a rebound, but it also implies there’s no particular reason to expect the decline to continue.

Let’s get some context on the numbers. At the start of 2017, the price of bitcoin was below $1,000, and the cryptocurrency has proceeded to smash through every big, round, symbolic milestone between that and $10,000 at ever increasing speeds. It wasn’t until September 2 that bitcoin reached $5,000 for the first time, for instance, and it was just three months later that it doubled that price by reaching $10,000.

Even that undersells just how fast the value of bitcoin has been climbing, though. It was only about a week ago that bitcoin’s record high was $8,000 — or, you know, a full thousand dollars less than the cryptocurrency’s value at its lowest point Wednesday. Everything is relative with bitcoin, and the new normal resets faster than is easy to comprehend.

“I bought in at $8,250 and it stayed constant till the 9-11k big push,” wrote user Leathermanhelppls. “I was worried for a couple days that I bought at the all time high and I’d lose out….now the real fun begins! This is the exhilaration whiplash that I was promised. Going to [hold] for all it’s worth!”

The currency’s value has already started to rebound somewhat. The price changes with every refresh, but its price was up as high as around $9,800 during the writing of this story, though it has since dropped to around $9,650.

As for why this happened, all anyone can do is speculate, with Exotemporal again chiming in.

“I think that someone sold a large amount of bitcoins, the price dropped slightly, newcomers start panicking, automatic sell orders kicked in, some exchanges went down, the panic got insane, then everyone realized that they were being silly,” they wrote. “Hopefully, not too many people lost some money. A dip that isn’t accompanied by terrible news will always rebound quickly.”

Their explanation sounds as plausible as any — but again, as long as a more concrete and ominous reason for the drop doesn’t emerge, none of this matters that much. Bitcoin ought to be fine. Maybe not $11,000 fine straight away, but fine.

More like this
Innovation
7 hours ago
Robots are ready to get touchy-feely
By Sarah Wells
Innovation
6.29.2022 6:00 PM
Can cars run on water? The science of a TikTok conspiracy theory, explained
By Andrew Moseman
Innovation
6.27.2022 8:00 PM
Artificial photosynthesis can grow plants without light — and may solve a planetary dilemma
By Steph Lee
Related Tags
Share: