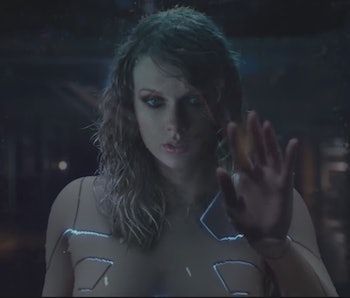 On Tuesday, Beyoncé officially unseated Taylor Swift as the highest-paid woman in music. Analysts are chalking up her annual $250 million paycheck to the success of Lemonade, which must sting for Swift, whose new album Reputation has received lackluster reviews from critics. If Tay is worried she’s lost her musical touch, she might want to take note of a new study from Montreal scientists showing that a fan’s music tastes can be changed by simply pressing some magnets to their brain.

In the study, published on Monday in Nature Human Behavior, a team of McGill University and Montreal Neurological Institute scientists showed that transcranial magnetic stimulation (TMS) — a form of therapy that sends magnetic pulses through the brain to stimulate or disrupt certain regions — can actually shift a person’s taste in music.

This sounds like a scary technology that Swift might have featured in her sci-fi pastiche of a music video for “…Ready for it?,” but the simple way the researchers explain it makes you wonder why this hasn’t happened sooner. When we enjoy music — or enjoy anything, for that matter — it’s because the reward system in our brain is stimulated and engaged. The chain of events in the brain it sets off culminates in the release of dopamine, the most important neurotransmitter in processing reward.

In the past, brain imaging studies showed that the part of the brain most engaged when a person listens to pleasurable music is the fronto-striatal circuit in the left dorsolateral prefrontal cortex (DLPFC), so that’s the part of the brain the researchers honed in on with their TMS devices. This circuit isn’t just involved reward; it shapes a person’s anticipation of a reward, as well as their sense of surprise. Part of the reason pop music is so enjoyable is because it offers up pleasant surprises for the brain in the form of unexpected shifts in melody, chord progressions, timing, and even lyrics. If scientists could manipulate the part of the brain involved in the strength of the reward response to music, then in theory, they could manipulate how people respond to music.

And that’s exactly what the scientists did. They applied TMS to augment the reward response (excitatory), decrease it (inhibitory), or have no effect (fake TMS was used as the control) on their 17 participants’ brains in three separate trials, and then the participants listened to their favorite music and music chosen by the researchers. While they listened, they gave their real-time commentary on how much they liked the music, and afterward, they were even given the option to buy the researchers’ music with their own money in order to listen to the songs again.

Just as they thought, the scientists found that applying excitatory TMS to the brain made music more enjoyable and that inhibitory TMS does the opposite.

“Our results show that perceived pleasure, psychophysiological measures of emotional arousal, and the monetary value assigned to music, are all significantly increased by exciting fronto-striatal pathways, whereas inhibition of this system leads to decreases in all of these variables compared with sham stimulation,” the authors write.

It’s not clear how long the effects last yet, and future research will need to pinpoint the speciifc areas within the DLPFC that manipulate reward, as TMS isn’t especially precise yet. This isn’t just promising work for Swift and other musicians who are losing touch with their fan base. Because the reward system is involved in many problematic mental health conditions, like addiction, obesity, and depression, learning how to safely manipulate it could help treat people struggling with greater problems than disinterested fans.

There’s a scientific reason why you love your friends so much.

More like this
Science
Dec. 4, 2022
We need to start treating grieving for our pets seriously — therapists can help
By Tara Yarlagadda
Science
18 hours ago
Scientists want to know why swear words share this one universal trait
By Elana Spivack
Mind and Body
November 30, 2022
Nightmares have plagued humans for millennia — do we finally know how to tame them?
By Elana Spivack
Related Tags
Share: