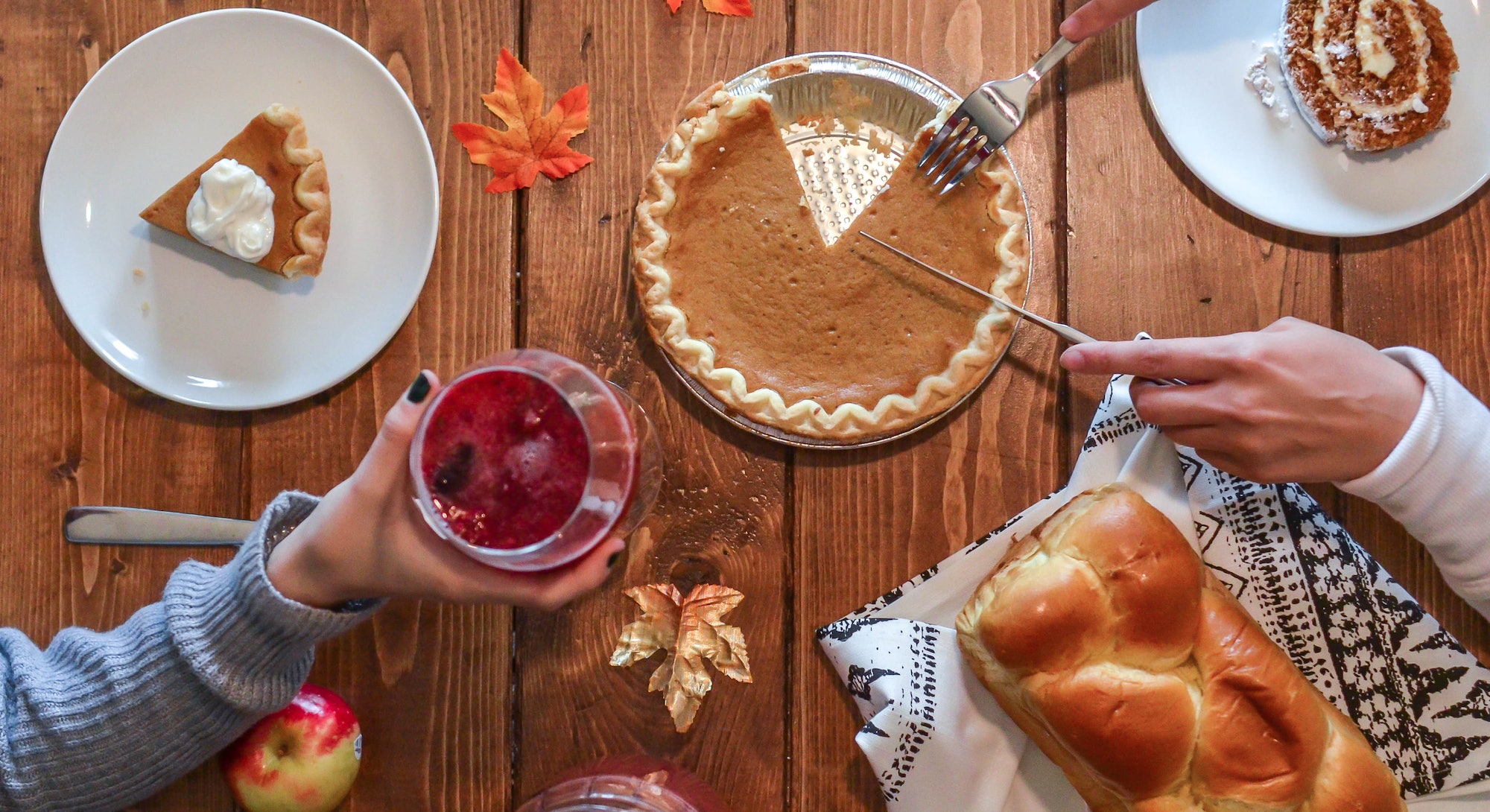 Thanksgiving can be a time for welcomed visitors or stress-inducing chaos, whether your dinners involve out-of-state family, distant relatives (what’s that cousin’s name again?) or crazy neighbors. Your holiday plans may also include some sort of Friendsgiving surrounded by school friends or coworkers, and surely several people you don’t even know. It’s the type of situation that can bring on feelings of social anxiety or awkwardness because of all that small talk — sometimes helped by holiday spirits, it must be said — new people, and maybe even the surprise appearance of frenemy.

Luckily, there’s some advice out there you can follow to hack it and seem like you have it all together. You won’t necessarily be at ease, but at least everyone around you will think you are.

5. You’re not as awkward as you think.

You know those few embarrassing things in the past you’re trying to forget, or that voice in your head telling you everyone from high school hates you? You’re essentially lying to yourself, studies show. Researchers say that fear and anxiety can drastically alter the way we perceive the world around us, to the point that we build everything up to make it worse in our heads than it is IRL.

“People who are impaired by high social anxiety typically think they are coming across much worse than they really are,” psychology researchers concluded in a 2014 study.”

Don’t beat yourself up about your tendency to draw the worst possible conclusions: It’s due to a chemical in your brain, so it’s not something you can control, scientists at Northwestern University write in a 2013 paper. The hormone oxytocin is often released after having positive social interactions, like sex or friendship bonding, which is why you feel warm and fuzzy. But researchers say that the same hormone is released during stressful social situations, triggering feelings of anxiety and fear that actually strengthen the memory. It’s why you tend to recall past embarrassing and awkward memories when a similar situation is approaching. So remember, it’s your brain telling you to be nervous and pessimistic, and you’re not actually bound for failure.

Despite all the warnings and horror stories that deter you from drinking in anxiety-ridden situations, alcohol can do a lot more than lower your inhibitions and cause you to black out. A study published in the journal PLOS One concludes that moderate amounts of alcohol increases brain activity and functional connectivity of healthy social drinkers. Dutch courage isn’t just a perceived notion, but you really are a little smarter and more knowledgeable!

A more recent study from October that studied alcohol’s effect on foreign language speaking showed that intoxicated people were able to speak a bit better because it was easier for them to overcome nerves and hesitation. The study doesn’t differentiate whether they spoke better because of biological or psychological effects, but who cares about that during Thanksgiving — people will think you’re sociable and at ease.

It’s important to note, however, that there’s a fine line between moderation and over-intoxication. Heavy drinking has been linked to an increase in your anxiety, so you want to ensure you’re not making yourself worse in the end.

3. Get there early so you can leave early.

If you’ve been to events late to purposely avoid a small number of people in the room, you’ve been doing it all wrong. Devora Zack, a business strategist who wrote Networking for People Who Hate Networking, told Entrepreneur that it can be debilitating and overwhelming for an introvert to walk into a party when there’s already a huge crowd and lots of activity.

2. In conversations, ask people about their favorite topic: themselves.

“The human tendency to convey information about personal experience may arise from the intrinsic value associated with self-disclosure,” researchers said in the 2012 study. “These effects were magnified by knowledge that one’s thoughts would be communicated to another person, suggesting that individuals find opportunities to disclose their own thoughts to others to be especially rewarding.”

So how can you take advantage of this? Ask people questions about their lives, a lot. Conversations will fly by if you give people the opportunity to keep talking about themselves, and you’ll have gone through all the necessary interactions before you even realize.

Besides serving as a good way to avoid conversation, helping the host to set up and clean up can make you feel a lot less anxious too. Busying yourself with helpful tasks that shift your focus to others can help to mitigate anxiety, according to a study published in Springer Nature.

“The pro-social nature of kindness changes the level of anxiety that socially anxious people experienced while interacting with others, and helped them to engage more easily,” researchers say. “It helps to counter feelings of possible rejection and temporary levels of anxiety and distress.”

So at your Friendsgiving, volunteer to set the table or let a friend vent to you about her issues. It may be a lot more rewarding and calming than you think.

You May Also Like: How to Craft the Perfect Friendsgiving Playlist