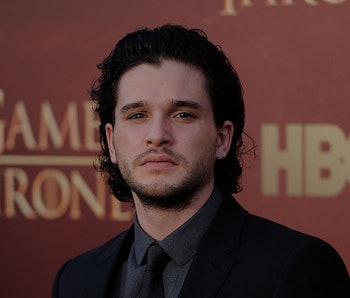 The fifth season of Game of Thrones, steam still rising from its fresh-killed corpse, is already being ripped as full of sound and fury, signifying nothing. Or, in the estimation of Slate writer Willa Paskin, This Season Of Game Of Thrones Was Packed With Murder and Rape. It Was Also So, So Boring.

Yawning at the apocalypse is chic, but it doesn’t match the facts. This season was week-in, week-out still the most intense hour of television to be found anywhere.

Game of Thrones is a show of cinematic set pieces, and this season was no exception. Scenes like the battle in “Hardhome” and the Dragon Ex Machina in “The Dance of Dragons” provided the big “wow” moments. Those spectacles have a habit of overwhelming the slower moments that make show a feast of two-man plays and quiet character beats.

And while there was indeed rape and murder aplenty, it wasn’t any more present than it was in previous seasons. Sansa’s offscreen rape was easier to take than the visceral, onscreen House of Rape from Season 4’s sequence at Craester’s Keep. And nobody’s murder will ever compare to the over-the-top gore factor of Oberyn’s.

Three quiet moments from Season Five demonstrated this show Has Still Got It, at least for now:

1. Jamie and Bronn’s Excellent Adventure. Hear me out. I agree that the Sand Snakes were terrible. Both in acting and characterization, they seemed like they had wandered onto the set from a cheesy ‘70s swords-and-sandals jaunt. That part of Jamie and Bronn’s shenanigans did indeed suck. But Jamie and Bronn were the best character pairing since Arya and the Hound, and seeing them together on the screen — Jamie recruiting Bronn for Just One More Job, Bronn calling Jamie on his BS about Cersei — was a continuous delight. And Lollys Stokeworth remains one of the most entertaining one-off characters. Somewhere in another universe, there is a sitcom about her marriage to Bronn, and Jamie is their wacky neighbor, and it’s a wonderful show.

2. Cersei and Margery’s battle of wills. The two most cunning people in King’s Landing — aside from Varys and Littlefinger, who were mostly in other locations, and Tywin Lannister, may he rest in gloriously sneering peace — sparring was every bit as riveting and potentially bloody as a sword fight. That the king’s mother and his wife sought to see one another imprisoned or banished is Sophocles-grade a palace drama, that as the season unfolded eclipsed the very existence of poor Tommen, the callow regent, and threatens to unravel the two mightiest families in King’s Landing.

3. Many found Arya’s Karate Kid plot too slow. (Some of the same viewers no doubt found the High Sparrow’s rise to power in King’s Landing too sudden.) If Arya had suddenly become a Faceless Man/Girl/Being right away, it wouldn’t feel earned. She’s Arya Fucking Stark. She can’t give up her identity right away. She had to have her, “My name is Arya Stark. You Killed My Sword Dance Teacher. Prepare to Die,” moment. Plus, Jaqen’s cryptic third-person ramblings are always, always welcome.

As for that ending, we won’t discuss it, both because the rest of the Internet already is and because this is all that can really be said:

More like this
Entertainment
Jan. 30, 2023
New House of the Dragon “making-of” book plunges into the fantasy hit’s creation
By Jeff Spry
Entertainment
Jan. 25, 2023
The MCU could bring back a hero from its most underrated TV show
By Dais Johnston
Entertainment
Jan. 20, 2023
Surprise Invincible Season 2 trailer reveals late 2023 premiere
By Eric Francisco
LEARN SOMETHING NEW EVERY DAY.
Related Tags
Share: