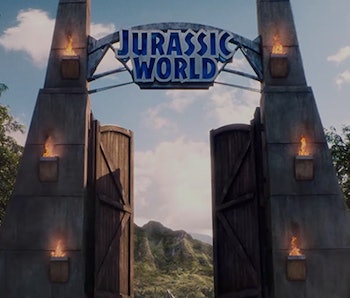 Jurassic World, as a movie, is a middling creature feature with a gargantuan opening box office. But Jurassic World as a fictional theme park is a mess, combining all the comfort of a cruise ship E. coli outbreak with the safety of a deranged SeaWorld orca. Don’t just take our word for it. We’ve collected some of the more representative one-star reviews of Jurassic World here:

“A relaxing stone massage can’t make up for the lack the of sleep we had while here! You’d think that a five-star hotel would invest in some soundproofing, but the walls were so thin our afternoon nap was continuously interrupted by roars, hoots, and then a bunch of screaming and gunfire. I did not return to the office Monday as rejuvenated as I had planned.”

“The resort, with stunning views of dinosaurs and tropical jungle, doesn’t just break the bank, it will break your heart. A great idea is undermined by a lack of foresight, in which nigh-indestructible monsters seem to be given free reign of the park — and we’re not talking about the overabundance of corporate sponsorship! Guest complaints have surfaced about dino-rights protestors at the docks, too much blood, no good brunch options, and how uncomfortable the concrete floors are to sleep on after everything goes to hell.”

More like Pet Stupid! ”Petting zoo a disaster. Yes the young triceratops were cute, but the crying and messy children ruined the experience. They should have had extra Purell dispensers or something to clean off all the snot/body parts that get everywhere, jeez. Temperature also a problem. A/C too cold in rooms, did little in mass-evacuation triage hall.”

Margaritas too salty, dinos not realistic ”The margaritas were too salty! I get that some salt on the rim is expected, but I must have slurped up like a whole salt-shaker. For those of us trying to watch our sodium intake, this is a deal-breaker. Also, none of the dinosaurs had feathers, which is totally inconsistent with what paleontologists have been saying for years now. And the pterosaur that carried off dear husband flew rather like a sparrow, or perhaps a ptarmigan, which just doesn’t make any sense, as the accepted science dictates that flying reptiles must have vaulted into air then glided like condors. Would give zero stars if I could.”