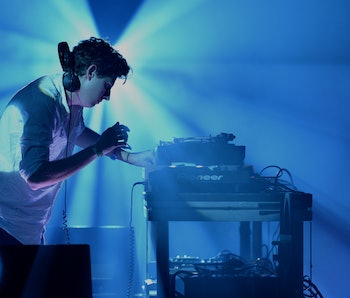 The time of the year where rap fans across the country collectively start seething is upon us. XXL announced their Freshman 10 list in their yearly attempt to highlight who might be some of the biggest artists of the next few years. Here’s a list of artists we think are about to blow up, including southern rappers, French EDM, a reggae singer and a jazz musician.

Hailing from Detroit, Dej Loaf defined last fall and winter with her inescapable hit “Try Me.” An early Wiz Khalifa co-sign and Drake Instagram comment turned all of the rap’s world attention on this sweet-but-tough-sounding rapper. In the year since “Try Me,” it is becoming clear that the attention over Dej was warranted, as she’s on the verge of another hit with Kid Ink’s “Be Real”. Her Instagram documents the transition from local rapper to style icon. And any rapper that can wear fur this well, deserves all of the attention one could grab.

Often the crew that surround rappers lack the talent to justify their entire crew’s raised profile. But Chance the Rapper, who broke through in 2013 with this Acid Rap project, appears to know how to surround himself with talents that can stand next to his own. The Social Experiment collective, who contributed production on Acid Rap, recently released their own project Surf. The crew — who includes Peter Cottontail, Greg Landfair Jr, Nate Fox, Donnie Trumpet and of course Chance — put out a jazz album that retains the exuberant positivity of Chance’s solo work and even includes Quavo of Migos singing, Erykah Badu, and a heartfelt verse from Big Sean.

The Social Experiment weren’t in a rush post-Acid Rap, but after Surf the anticipation for whatever comes next from the crew will certainly be high.

The London-based producer should already be a star. A member of the brooding indie rock band The xx and prominently sampled by Drake back in 2011, international stardom seemed imminent. Instead Jamie kept to his own pace and allow the accolades and attention to slowly find him. He just released his debut solo album In Colour — after years of trickling out singles — which contains tracks that could lay low a dance floor but sound better out of headphones. On “I Know There’s Gonna Be (Good Times)”, though, there’s an effortless pop sensibility that shines through.

The Bay Area is typically known for its legendary rap scene and its fertile rock community. But Oakland-based r&b singer Kehlani in 2015 is adding another element to the already full musical landscape. A member of the HBK Gang crew that includes hit-makers Iamsu! and Sage the Gemini, Kehlani goes for a more restrained R&B style than the ratchet rap party anthems of her peers. Most major label signings for artists in 2015 are met with reasonable skepticism, but by listening to Kehlani’s “You Should Be Here” it’s clear why she was offered a contract by Atlantic. Her work is ready for radio, so hopefully it won’t be long before she hears herself all over it.

It can be hard to open up on the mic. The desired macho bravado that still exists in a post-Drake world can often stifle just how vulnerable a rapper is willing to get. Baton Rouge, Louisiana rapper Kevin Gates isn’t afraid to get that deep and sit in those moments of weakness. Gates might lack a crossover radio hit, but remains a rapper hard to easy to spot blasting out of cars on the street. Where most songs that ring out from cars skew towards bangers, Gates will be stressing over relationships and going into the gory details of petty crimes. He recently found success with the track “I Don’t Get Tired”, which pulled back revealing so much of his heart and instead showed Gates at his most blunt. But even at his most straight forward, Gates’ working class focus (“I got six jobs / I don’t get tired”) always quickly grounds his music.

If there is an advantage in patience, ask Madeon. The fresh-faced EDM producer from Nantes, France started out putting out music in his teesn and started to see his singles chart across Europe for the last few years. When the time came to his debut album, Adventure, he attached all of these previously successful singles for the deluxe edition for over an hour of thrilling synth-pop. Madeon’s music usually keeps an unrelentingly positive mood, which helps when his music all sounds like it could sound track a N64 game, a 3AM rave or blast from twelve mall stores all at once.

The term “One Hit Wonder” is thrown around too much. It’s rare for an act to get one hit and to fade completely back into obscurity. This summer, reggae singer OMI — who hails from Jamaica — will be fighting off this tag as his already internationally huge song “Cheerleader” continues to grow.

The original “Cheerleader” is from 2012 and received attention when it got remixed by German producer Felix Jaehn. But what stands on the side of OMI is that such an alluringly catchy potential song of the summer will get people to seek out other music from this relatively unknown star. And with little other work from him to grab, there’ll be a reasonable buzz for whatever OMI is up to next as people will quickly start to ask: “What is next for the “Cheerleader” singer?”

It is fitting that Young Dolph first big crossover hit was titled “Preach.” The Memphis, Tennessee based rapper with a gruff southern drawl and a no-nonsense approach to street rap delivers his rhymes with the gumption of a good ole Baptist preacher. Dolph’s been in the southern rap circuit for years, but the last couple of years that he found his niche. A straight ahead street rapper, he tackles the topic with a nonchalant shrug that fits Trap or Die-era Young Jeezy rather than the swagged out goofiness of a contemporaries like Rich Homie Quan or Young Thug. Rap fans can often flock towards more eccentric personalities, but Dolph’s commitment to the streets is what’s led to his success and remains unwavering.