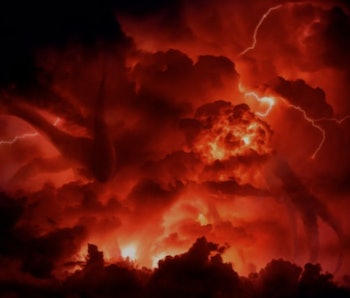 How do you know when you’re afraid? Perhaps it’s when your heart races or your palms sweat. Or maybe it’s being psychologically gripped by anxiety over the unknown. This very basic question — whether you experience fear as a physical feeling, a mental phenomenon, or a combination of both — has vexed scientists for ages. Fear, to some scientists, isn’t even real.

Even though we might be able to talk about fear in subjective ways, scientists don’t agree on how to define it in a way that’s experimentally observable, and it’s even less clear how to talk about fear in non-human animals. In a 2013 paper in the journal Current Biology, Ralph Adolphs, Ph.D., wrote about the central problem in fear studies — that there’s an enormous difference between the conscious state of fear and the physical state of fear. Adolphs, a professor of psychology, neuroscience, and biology at Caltech, wrote that there is no consensus among scientists on how to study fear. Inverse caught up with Adolphs to ask how this area of research has changed.

There are physical pathways and patterns of activity in the brain that are associated with fear, he says. These are observable, as in the case of a recent study that showed the amygdalae of mice are involved in learning to be afraid of certain experiences. But, Adolphs points out, there are also many other pathways that respond to fear, resulting in responses like aggression, defensiveness, or anxiety. These neurological pathways illustrate the physiological experience of fear, which manifests as the emotional response, but they don’t demonstrate the psychological phenomenon of being afraid. That’s much harder to measure.

In his paper, Adolphs discussed the notion that fear could be a psychological construct, one that is still functionally real but not as concretely defined as something physical. He argued that untangling the conundrum of measuring the emotional experience of fear in humans and non-human animals, though challenging, could help us come up with theories describing the conscious experience of fear that can apply across species.

Even if fear is a psychological construct, why would scientists have trouble observing it empirically?

No psychological construct can be observed directly; instead, they have to be inferred from empirical measures. But we do that with lots of constructs: memory, attention, perception. Emotion is no different, and so we can indeed infer it from empirical observations — like behaviors, body measures, brain measures, and verbal reports.

How have your views on the biology of fear changed since you wrote that 2013 paper?

I still believe emotion is a bona fide scientific object of study in both humans and animals. Since 2013 I now think it’s more complicated than I had originally thought, but I think that about everything. Specifically, emotion has a lot to do with social communication in humans, an aspect I did not fully appreciate back in 2013.

What does your research mean for our experience of fear and how to overcome it? In other words, if fear is a psychological construct, what do we do about it?

If you liked this article, check out this video on our ability to read a person’s emotions from their eyes.

More like this
Science
10 hours ago
Watch squealing dolphins hunt fish and snakes from their point of view
By Jennifer Walter
Science
8.14.2022 1:00 PM
'Gifted' dogs may share this one personality trait. Does your dog have it?
By Tara Yarlagadda
Science
8.10.2022 3:00 PM
Watch sea sponges sneeze out stringy mucus in slow motion
By Jennifer Walter
Related Tags
Share: