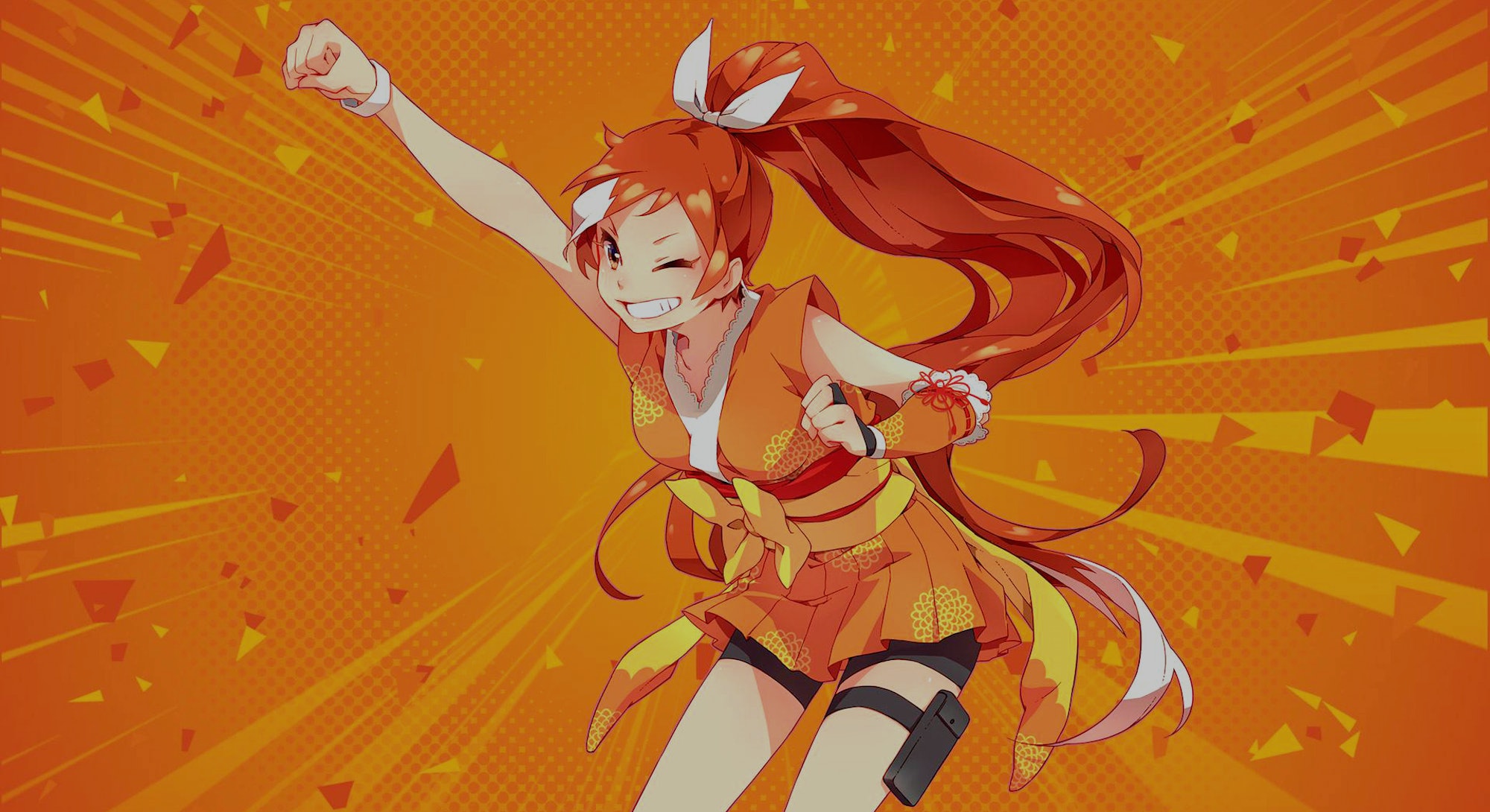 With the growth of anime’s popularity in the west, streaming platforms you wouldn’t necessarily expect to take a vested interest in anime have recently devoted more resources to it. At the beginning of the year, Amazon launched a new anime subscription service called Anime Strike, which currently consists of anime streaming exclusively on Amazon Video, in addition to other licensed series. Though the service came with major issues, like requiring customers to have a pricey Amazon Prime membership to even pay the subscription fee, it quickly established itself as the only legal source in the US for some of the best anime of the season.

Later in the year, Netflix also made some bold moves in the anime space, releasing high profile anime-inspired series like Castlevania, announcing a slew of new anime coming to the platform in 2017 and 2018, and revealing that they were working on 30 original anime series.

All this sounds great for anime fans, if a little overwhelming. But you would think that the two most subscribed streaming video on demand services in the US paying more attention to anime might be a cause of concern for Crunchyroll, one of the dyed-in-the-wool anime streaming services out there. But for the company, which has been operating in the anime community since its founding in 2006, that isn’t the case.

“We’re perfectly thrilled if more users around the world discover or become curious about anime through one of the larger global streaming [platforms],” Crunchyroll COO Colin Decker told Inverse. “That’s great, because that’s good for anime. And what we know is that anyone who really wants to go deeper is going to end up at Crunchyroll eventually. And this is simply for the reason that we have it all.”

By “all,” Decker means the 1,022 anime with separate entries in Crunchyroll’s US library, a figure which is more than double that of their closest US competitor numbers-wise, Funimation (448), who mostly streams dubbed anime. (Crunchyroll and Funimation share parts of their libraries as a result of them partnering in September last year.) The gap is even larger compared to their closest US competitor numbers-wise who mostly streams subbed anime, Hulu (388), meaning it’s larger still relative to the total separately listed anime in Netflix (95) and Anime Strike’s (149) US catalogs. (Anime Strike is only available in the US, but anime on the service can be streamed elsewhere with a Prime Video subscription. In addition to Hulu, the other mentioned streamers stream subbed anime for the most part.)

Of course, Amazon, Hulu, and Netflix aren’t concentrated on anime in the same way that Crunchyroll and Funimation are, and Amazon and Netflix focusing more on anime is a relatively new thing. So the two platforms could always get caught up to Crunchyroll eventually. But VRV (“verve”), a streaming platform which shares an umbrella company, Ellation, with Crunchyroll and has Crunchyroll as one of its channels, doesn’t think that will happen, at least where Netflix is concerned.

“If Netflix wanted to have every anime title, they could. They have enough money to do it, but I just don’t think that that would be in the cards for them…they’re never going to go really deep ‘cause it doesn’t make sense,” Arlen Marmel, General Manager of VRV, told Inverse in a separate interview. “If you think about the Crunchyroll subscriber base, or frankly any of the channel partners for VRV, whether it’s like a Shudder or Rooster Teeth, they all subscribe to Netflix,” Marmel added. “There’s a hundred percent overlap. So…they already have them if that makes sense.”

Given that one of Netflix’s goals is to provide their subscribers with the greatest variety of content available, while the Ellation slogan is “be everything to someone, not something to everyone,” Marmel’s assessment doesn’t seem off the mark.

Crunchyroll’s confidence doesn’t just come from the number of titles on their site, though. According to Marmel, their approach to anime and anime-related content is what separates them from some of their competitors. “I think a lot of people saw the opportunity to cash in on [anime’s rising popularity] and participate,” Marmel said. “But I feel like the audience can tell the difference between the good stuff and the questionable stuff.” Over time, Marmel continues, “you won’t trust [services delivering questionable content] in the same way that hopefully you would trust a Crunchyroll or trust a VRV.”

In relation to Netflix specifically, the different ways the streaming platforms handle their content don’t stop there. Crunchyroll places an emphasis on simulcasts, episodes subscribers have access to the same day they air in Japan, with non-subscribers having to wait a week to get that content for free at a lower video quality with ads. This is a departure from the model of Netflix which, in terms of anime series, provides full seasons as its primary offering to US subscribers, but one that’s successful because Crunchyroll’s audience wants to be as up to date as possible. “Our fans come together over the timeliness of that new content and really, really deeply enjoy that,” Decker said. (Netflix Japan adds anime episodes individually after they air, but of course, Netflix can control what counts as timely when it comes to original series being exclusively released on the platform.)

For the fall season, Crunchyroll offered 57 simulcasts in the US, some of which, like their overall library, could be the result of their partnership with Funimation (which obviously works both ways). Of the other US streamers, Anime Strike comes closest to this number with 10 simulcasts for fall, which is still a long ways off. (Funimation’s English language simuldubs are available within two weeks of the Japan airdate. The service offered

Crunchyroll’s decision to release episodes the day they air in Japan and not all at once afterward isn’t just important with regard to being up to date, Marmel thinks. Riffing on a common criticism of binge-watching, where people watch multiple episodes of a TV show one after another, Marmel said that a result of this behavior is that you lose some of the opportunity to “[dissect] each episode.” “If you think of Game of Thrones, there’s podcasts and articles and people trying to uncover stuff. If they just released Game of Thrones [all at once], that’s all gone, instantly,” Marmel said. “I don’t think it makes sense to treat it like it’s perishable…It’s something you want to live with for a while,” he said later in the interview.

In a similar way to putting out “questionable stuff” resulting in the audience eventually mistrusting you, Marmel argues that mostly or exclusively facilitating binge-watching will eventually lead to viewers “[treating] you like a utility and not something that really matters to their life.” And this mentality of wanting to have a relationship with fans is key to why Crunchyroll is comfortable with its position in the anime community.

Rather than a “utility,” Decker said that their users “look to [Crunchyroll] as a friend and an authority.” He explained that the platform is involved in “a constant and highly engaged conversation with [their] audience,” citing how they do things like spotlight community voices, hold events like nationwide movie nights and the Crunchyroll Expo convention — which started this year — and have a general anime- and manga-related news arm. They also have forums which “typically light up after a new episode of a hot title has aired,” according to Decker, offering another way for the community to engage and “share” an experience that isn’t present on the bigger streaming platforms. This is at least partially the result of them being able to focus on one thing, and for that thing to be something that passes VRV’s T-shirt test, meaning you would want to wear a reference to it on a T-shirt at Comic Con. Along with the amount of anime available on Crunchyroll, Decker said that all this adds up to “a very different POV than one of the gigantic global mass market SVOD [streaming video on demand] services.”

Marmel takes this sentiment a step further. “If everything that was on Netflix was just on a different service called ‘whatever’, would people shed a tear? I don’t know,” he said. “If something happened to Crunchyroll, people would be upset.”

Based on the sometimes very different number of shows available in each region Crunchyroll has a presence in, as well as the events they have access to, the relationship the company enjoys with fans does vary country to country. Still, Miles Thomas, Head of Community for Crunchyroll, said over email that “just because our HQ is in North America doesn’t mean that’s the extent of our attention…There are contests, news, events, and unique social media presences in each of our major regions, and we’re always working with our various regional managers to do joint promotions.” He added that “every Crunchyroll community is very different, but they all share the focus on the fans, and providing a platform for them to engage.”

Crunchyroll isn’t content to stay the course and hope for the best, though. While their main focus is and will continue to be anime, they may increasingly not be limited to it in the future. The platform currently hosts a number of live-action titles, but the category hasn’t been updated recently. However, Crunchyroll partnered with production company RocketJump for the original live-action series Anime Crimes Division, which debuted on RocketJump’s YouTube channel on November 16 and had its season finale on November 30. Following the premiere of the series, Decker said the show could count as the first original scripted live-action series they’ve been involved with — though he was quick to note they’ve been creating live-action content for years — and confirmed to Inverse that the company is currently “looking at” future live-action opportunities, both original and licensed, as long as they make sense.

From an outsider’s perspective, the only thing Crunchyroll might be worried about right now is where anime — defined as animation that comes from Japan, even though it can be animated outside of the country — goes next with more western players taking part in its production and distribution. Decker explained that anime is already “evolving” in response to this. “I think most people view that as a really healthy and good thing. However, there are some aspects of what makes anime so compelling to this community that are going to change, that people are going to experiment with and they may find doesn’t resonate.”

Ultimately, though, based on the decade-plus of experience they have partnering with Japanese licensors, and the growth they’ve brought about so far, Decker thinks that “the bulk of that innovation will be really more driven…by Crunchyroll.”

These interviews have been edited for brevity and clarity. Numbers were accurate at the time of publishing.