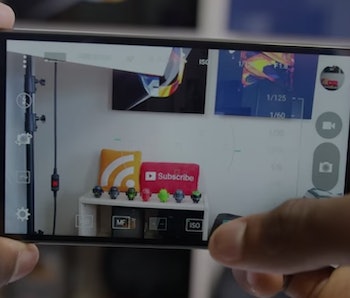 If you had to line up for benefits when the country lost nearly 9 million jobs in the Great Recession, you don’t need to be reminded of the nightmare frustration of applying for benefits. Navigating the bureaucracy online can be confusing, time-consuming, and downright soul-deadening. Now imagine you have to do it all on your cell phone’s four-inch touch screen.

For so much tech coverage focusing on innovation, or the disproportionate numbers of apps built to meet the needs of middle class consumers, it’s easy to forget that there are millions of people who rely on their smartphone as their only form of internet access. A desktop and a WiFi bill are still a luxury many can’t afford. Draw up a Venn diagram between those people and the estimated 47 million collecting food stamps and you’ll find a sizable overlap. That’s the market Jimmy Chen wants to help.

Chen’s startup is one of the final 14 up for a $30 million, five-year commitment from JPMorgan Chase’s Financial Solutions Lab. Every entrepreneur in the final group has a smart idea that deserves support, and by all means take a moment later to check them out, but Chen in particular caught my attention. His plan is to develop an app that would allow for those who need them to be able to easily apply for food stamps by punching their way through a simple app. Chen’s already run a limited version of his software through his Easy Food Stamps site, which for now only serves New York state.

Again, that’s one-sixth of all Americans. The ones who could really use the time they spend navigating paperwork to do other things, like trying to survive, and maybe even better expend that brain power on something better like getting the gig that will remove the necessity of food stamps to begin with.