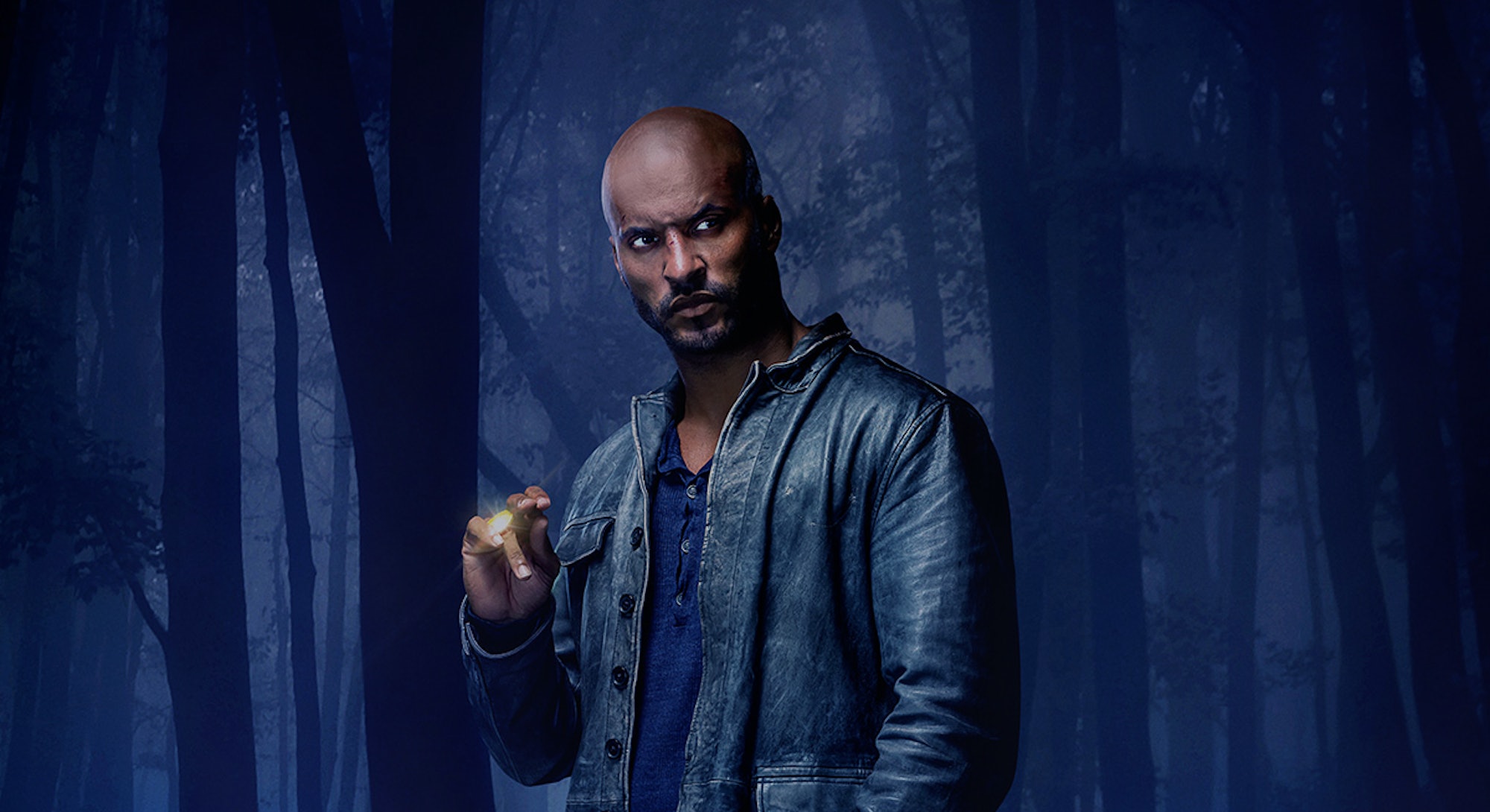 Along with TV audiences that awoke to the supernatural world in American Gods, so too did its lead protagonist Shadow Moon, as he bar-brawled with leprechauns and met vape-smoking techno deities. He even played checkers with Czernobog, a dark, accursed god of the Slavic tradition.

“He’s going to have to keep his sanity, possibly even his sense of humor; he’s going to have to survive a world in which every group wants him on his side, but nobody’s going to tell him way,” said author Neil Gaiman of Moon. His 465-page epic American Gods, on which the Starz series is based, was published in 2001. In short, it was a tumultuous first season for Shadow.

Looking ahead to Season 2, set to premiere in 2018, Ricky Whittle, who plays Shadow, says viewers can expect a “more confident” character, as he continues his impossible journey across the United States with Ian McShane, a grifter known as Mr. Wednesday.

“We’re going to see a different Shadow in Season 2,” Whittle told Inverse recently at New York Comic Con. “He’s going to be more confident. He’s been awoken to the world of gods, magic, myth. He’s going to start understanding that and be a lot more proactive.”

Exhibiting deep knowledge of the source material, Whittle explained that Shadow will act unlike the more passive character in Gaiman’s novel. “In the book, he’s not proactive at all,” Whittle says. “We’re going to start to see some huge growth in Shadow as he starts to take control of his life, challenge the gods, and make his own way in the world.”

In American Gods, Whittle’s Shadow is an “ethnically ambiguous” ex-con who learns his wife was killed on same day he was released from prison. The job that was waiting for him had also evaporated. With nowhere to go and nothing to do, Shadow becomes the bodyguard for the enigmatic Mcshane’s scene-chewing Mr. Wednesday, who leads Shadow on a bizarre road trip where he learns that gods, in fact, do exist.

And if Shadow seemed a little detached while meeting with ghosts, leprechauns, and other deities at work, it’s because Whittle intended that to happen. “Season 1, I worked backward, because I know where I wanted Shadow to be,” he explains. “I started with a broken, empty vessel to make him as empty and devoid a personality as possible. He lost everything.”

So, when American Gods returns for its second season, things will be different. “Now I’m able to build that personality back. The biggest weight on his [Shadow’s] back was his wife was dead. He now knows: His wife is back. So we’re going to see a different Shadow as I build his personality.”

Although American Gods is fantastical, the show has a socially-conscious voice. As white nationalism and xenophobia overwhelm the current political discourse, American Gods seeks to remind viewers where everyone’s roots come from.

“What we talk about in the show, immigration, racism, sexism, this political climate we’re going through, it’s important we remember America is this incredible place because of different cultures that have come to America,” Whittle says. “Unless you’re Native American, you’re not from America, this beautiful melting pot full of different cultures from all over the world. That’s what made America great. We need to portray that more and more.”

The actor has taken his show’s message to heart, outright advocating for his position on certain issues, including women’s rights, “getting rid” of homophobia, and “talking about gun control and immigration.”

“It is so important we keep talking about it and don’t let bad things become normal,” he says. “We need to keep this going, and keep these conversations in the headlines.”

For Whittle, a mixed-race black actor, his significance in American Gods is pretty personal. He credits Gaiman for writing Shadow as ethnically ambiguous, which has allowed him the rare opportunity to inspire young, non-white actors.

Whittle recalls how he needed seeing a face like his — in his case, Will Smith — to lead a life worth living.

In Whittle’s time, he found it in a fresh prince. For tomorrow’s generation, they may find it in an American god.

American Gods Season 1 is available now on Blu-ray, DVD, and Digital HD. A release date for Season 2 hasn’t been announced for 2018.