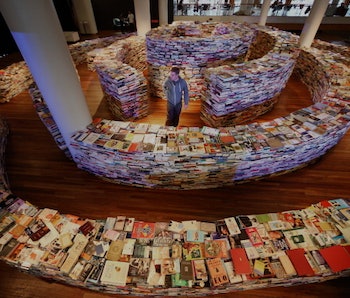 So-bad-you-could-spit writing. Love triangles to nowhere. Dialogue that makes hormone-flooded teenagers sound like 40-year-old adjunct professors. Meandering plots. Cliches in swarms. All the nuance of a falling anvil. Yes, your favorite young adult (YA) fiction is probably awful, a guilty pleasure with too much guilt and not enough pleasure. On this, the middlebrow have a strong argument: Maybe you should drop it all and just grow up already.

This isn’t your fault, YA fan. It truly is a minefield out there. The most prominent titles in the genre — Twilight, or The Fault in Our Stars or The Hunger Games — require plenty of others to rush to their aid. They’re why you can eavesdrop, as I did, on a complaint the other day that sounded like this: I know there must be good ones out there, but so many of them suck! And the covers all look the same! How do I tell which ones don’t suck?

Truly an entire category cannot suck. You just have to sift through condescending and simpleminded junk to find the gems. Here’s where to start.

1. Unwind by Neal Shusterman. What you might confuse it with that sucks: Everything in the recent YA dystopia boom. If you thought The Hunger Games and Divergent were good, all the power to you, but if you want to dip your toes into YA dystopia that has sophisticated ideas and shockingly, actually explores them, read this one.

While writing is simple, the ideas are anything but. The premise mixes The Hunger Games with Never Let Me Go, giving you everything you love about Teen Dystopia — high stakes, urban decay, blood-pounding action, adults trying to kill teens, government corruption — with a jolt of politics and philosophy.

2. Postcards From No Man’s Land by Aiden Chambers. What you might confuse it with that sucks: Any coming-of-age narrative with characters wise beyond their years. So, John Green books. Also, it takes place in Amsterdam, and The Fault In Our Stars has an extended Amsterdam sequence. But this has prose as dense as any adult book — a great deal denser than some. As for the plot, well…

Ruth Graham at Slate says that YA books “indulge in the kinds of endings that teenagers want to see, but which adult readers ought to reject as far too simple. YA endings are uniformly satisfying…these endings are emblematic of the fact that the emotional and moral ambiguity of adult fiction — of the real world — is nowhere in evidence in YA.” Not to give away the ending, but read this book, which trickles off as the protagonist grapples with unresolved issues of whether to tell his grandmother of his grandfather’s infidelity, whether he prefers a male or female lover, and the morality of euthanasia, and see if you agree that the ending is simple and satisfying. I’ll wait.

3. A Certain Slant of Light by Laura Whitcomb. What you might confuse it with that sucks: Twilight or really any non-Buffy Teen Supernatural book featuring sad, beautiful people moping beautifully about how nobody understands them and occasionally kissing each other before going back to brooding. Beautifully.

Instead, A Certain Slant of Light downplays the supernatural elements, using them to compliment rather than justify the plot. Its sensibilities are also unapologetically literary, and not only because the protagonist says they like Jane Eyre. The writing is elegant, and the dialogue is gritty and authentic.

Other choices: How I Live Now by Meg Rosoff, a stream-of-consciousness dystopia with a complicated ending if there ever was one. And Graceling by Kristin Cashore, a Game of Thrones-type book if Arya was the sole protagonist and older. These are the sorts of titles that guide a young reader into adulthood, and don’t trap adults in a dumbed-down quagmire of naive adolescence. Read them without guilt, with all due pleasure.