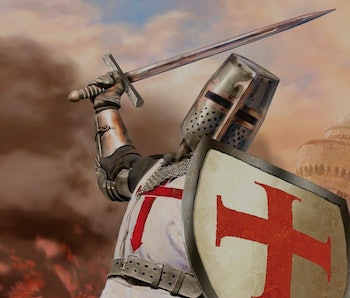 If you’ve ever gotten into a hotel elevator and there was no 13th floor, it wasn’t an accident. The number 13 in Western culture has long been associated with unluckiness at best and pure evil at worst. There’s even a scientific name for the fear we have of the number 13: triskaidekaphobia (triss-ky-dek-a-phobia).

In a scientific study, the unluckiness associated with the number 13 is a relatively new phenomenon, used in 1910 by neurologist and psychiatrist Isador Coriat in Abnormal Psychology. But the mythology surrounding the unluckiness of Friday the 13th goes back hundreds of years.

The arrest of the Knights of Templar on Friday, October 13, 1307, is one of the most durable theories. The legend goes that before dawn on that day, King Philip IV of France ordered the last grand master of the Templars, Jacques de Molay, to be arrested, along with other members of the order. “Dieu n’est pas content, nous avons des ennemis de la foi dans le Royaume,” read the arrest warrant from the king, which translates to “God is not pleased. We have enemies of the faith in the kingdom.”

The Knights Templar — a medieval, religious order that protected Christians and defended the Kingdom of Jerusalem during the Crusades — were charged with various crimes considered heinous for the time, like spitting on the cross and homosexuality. In actual fact, following the Crusades, the Templars had gained some serious financial power, as Christians donated money and land to the order. When King Philip IV began having money troubles in the 14th century, he decided to seize the assets of the Templars, using the excuse that the order was all heretics.

As King Philip IV arrested Templars across Europe and seized their assets, the pope disbanded the order.

There are a number of theories as to how this fear of the number 13 came into popularity. Yet another is from the Judeo-Christian religion, wherein Judas was one of the 13 apostles of Jesus, who later betrayed his leader.

Another theory stems from the Babylonian Code of Hammurabi — the law book of sorts used in ancient Mesopotamia — where the 13th law was said to be omitted. (This later proved untrue, and the 13th article was included in later translations.)

When it comes to superstition, Richard Wiseman, who’s written about luck for years, says there’s just nothing to it based on his research: “Superstition doesn’t work because it is based on outdated and incorrect thinking. It comes from a time when people thought that luck was a strange force that could only be controlled by magical rituals and bizarre behaviors.”

So, if you ever get in an elevator and there’s a 12th floor followed by a floor called “12A,” it could be because the owner is superstitious (or knows their guests might be), is a Knights Templar history buff, or has seen one too many horror movies.

More like this
Innovation
8.4.2022 11:00 AM
X-Ray study adds to the mystery shrouding shrunken heads’ origins
By Sarah Wells
Culture
8.10.2022 11:30 AM
10 years ago, Jeremy Renner ruined the best spy-thriller franchise of the century
By Adrian Manuel
Innovation
22 hours ago
Want to buy an EV? Here’s what you need to know about the Inflation Reduction Act
By James Morton Turner and The Conversation
Related Tags
Share: