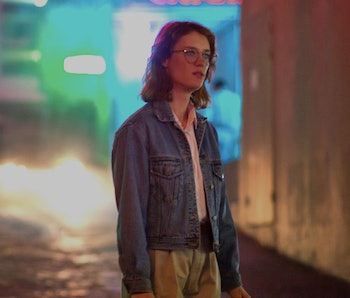 After a series of arresting photos and an insanely good trailer — complete with a Star Trek spoof — anticipation for Black Mirror Season 4 is at an all-time high. But the beloved sci-fi anthology show is nowhere on the list of new Netflix shows coming this October. So, when is Black Mirror actually coming back?

On Wednesday, Netflix released a comprehensive list of every single new program being added to its service in the month of October. Surprsingly, Black Mirror wasn’t on that list.

All trailers and previous promotion seem to indicate Black Mirror is set to return in the fall of 2017. So, if the show doesn’t air in October on Netflix, there’s a good bet it will show up in November. Perhaps no one wanted Black Mirror to have to compete with Stranger Things in October.

Inverse has reached out to Netflix for comment. We will update this story as it develops.