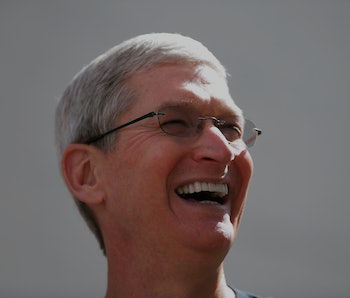 iOS 11 might not run all of your favorite apps. The software that came out last week is the first to drop support for 32-bit apps. That means no Flappy Bird, no Flight Control, and no Civilization Revolution 2.

If the developer has not released an update to support newer iPhones, it won’t work. That includes those big names alongside a whole host of niche apps that have not received an update in years. Fortunately, there’s an easy way to check which apps are affected.

There’s an easy way to check which apps didn’t make the cut:

These apps are the delayed victims of Apple’s switch in 2013 to the A7 chip, the first 64-bit processor for any smartphone. For the past four years, phones running the A7 chip have supported both the older 32-bit and the newer 64-bit apps, but that presents problems. The 64-bit chip has to load a special system just to run a 32-bit app, which harms the phone’s performance and battery life. That’s been the tradeoff for Apple’s early adoption of the more powerful chip.

“At the launch of the iPhone 5S, Apple referred to the A7 as being ‘desktop class’ — it turns out that wasn’t an exaggeration,” Anandtech said at the time. “Cyclone [the code name for the A7] is a bold move by Apple, but not one that is without its challenges.”

When people talk about a 64-bit processor, they’re talking about a chip that uses 64 digits of binary to most efficiently represent numbers. A 32-bit chip can handle numbers of that size, but it needs to handle them as two joined-up numbers, making the calculation slower. Where 32 digits of binary can represent a positive whole number as large as two billion, 64 digits can represent nine quintillion.

Last week’s move starts the official and permanent phaseout of the old 32-bit apps. Starting in January 2018, all new apps submitted to Apple must be 64-bit.

More like this
Innovation
8.1.2022 5:01 PM
The 10 best iPhone wallet cases
By Masha Vapnitchnaia
Innovation
8.5.2022 6:30 PM
This breakthrough stem-cell therapy could reverse genetic blindness
By Charles Q. Choi
Innovation
8.5.2022 11:00 AM
Alexa could diagnose Alzheimer’s and other brain conditions — should it?
By Joanna Thompson
Related Tags
Share: