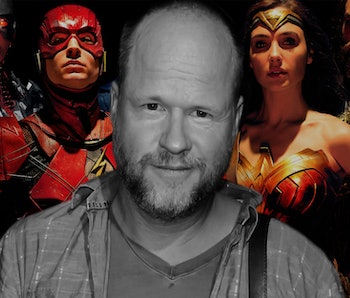 Batman and Superman may have punched each other a lot last year, but there is apparently no such animosity between Zack Synder and Joss Whedon over Justice Leauge. And now Wonder Woman herself is setting the record straight.

When Zack Snyder left the production of Justice League due to truly unfortunate family matters Warner Bros. announced that fellow superhero movie director Joss Whedon (The Avengers) had jumped aboard to perform reshoots. Since then, there have been rumors that the two directors’ visions have collided. But, Wonder Woman star Gal Gadot is trying to shut those rumors down, saying that Whedon was Snyder’s personal choice to do the reshoots.

In her profile interview for Rolling Stone, the Israeli movie star said Joss Whedon was selected by Snyder. “Joss, to my understanding, was Zack’s choice to finish the movie,” Gadot said. “And the tone can’t be completely different because the movie was already shot. Joss is just fine-tuning.”While it’s expected that Gadot wouldn’t want to fuel any more behind-the-scenes rumors just three months before the movie’s release, it’s a telling statement.

This comes just a few weeks after Ben Affleck said Justice League was an “interesting product of two directors,” which itself felt like a damage control follow-up to rumors that the film had become “unwatchable.”

Gadot’s comments seem to confirm that the Justice League reshoots are what they often are in Hollywood: touching up. Reshoots are common for studio films. But because of the scale of Justice League and its unique identity as a franchise in the era of franchises, there was plenty to speculate over, even if everything was more or less standard procedure.

Although the filmmakers are trying to zap Henry Cavill’s beard in the reshoots, so, maybe not everything is normal. At least, assuming Gadot is telling the truth. Too bad that lasso of truth doesn’t work both ways…