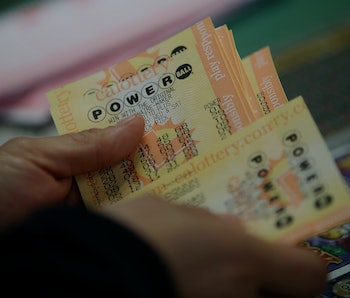 On Wednesday, anyone over the age of 18 in the United States could win $700 million. All it takes is entering Powerball, the popular lottery game that’s making waves across the country by offering up its second-largest prize ever. If it seems like the game’s jackpots are higher than ever these days, that’s because they are.

In 2015, Powerball decided to fight shrinking ticket sales with a major rule change. The goal: to make it easier to win smaller prizes, but harder to win big ones. If no one snatches a jackpot, it sticks around and gets bigger for the next round — and larger numbers draw more people to participate, because they perceive there to be a greater payoff for a small ticket investment even if their chances of winning are slim.

“The proposed rule is intended to increase the odds of winning any prize while decreasing the odds to win the jackpot,” Robert Williams, executive director of New York’s Gaming Commission, told Lohud.com.

Look out for the drawing tonight at 10:59 p.m. Eastern. If you can’t decide on a series of numbers to enter, maybe consider the digits from a fortune cookie, which are actually lucky. If you do win, consider asking for your prize in cash.