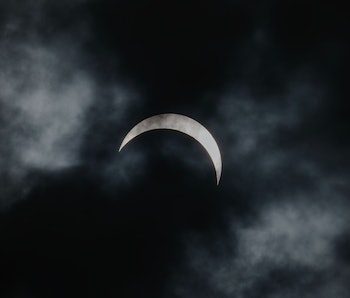 If you’re in the United States and you’ve got the special glasses needed to keep your eyes safe, you can see Monday’s eclipse. It doesn’t matter where you are in the 50 states, and that includes Hawaii and the northernmost corners of Alaska.

Just don’t expect the experience to be nearly as dramatic the farther out you are from the path of the total solar eclipse. Only parts of 14 states on the southeasterly route from Oregon to South Carolina will experience the majesty of a total solar eclipse. Only the 12 million lucky people living within the band — plus the million-plus visitors joining them — get the total experience of the moon fully covering the sun and plunging the day into darkness.

But even if eclipse lovers don’t wax quite as rhapsodic about partial eclipses, the sight of the moon covering the sun at all is still a seriously dramatic sight — again, assuming you’re taking the necessary safety precautions to view it. And in that regard most of North America is in luck. In the continental United States, only the very uppermost tip of Maine won’t get to see at least half the sun covered by the moon. Even those Mainers along the border with New Brunswick are getting a decent show at 48 percent covered.

Those in living in Barrow, Alaska — perhaps best known as the setting for the vampire flick 30 Days of Night — aren’t getting nearly as good of a show, with the moon only covering 22 percent of the sun. Honolulu isn’t in much better shape, at about 27 percent. Neither likely has the makings of a life-changing experience, but at least everyone in the United States is getting some fraction of the eclipse.

See Also: The 5 Best Apps to Use for the Total Solar Eclipse

More like this
Science
Sep. 28, 2022
WHAM! 10 jaw-dropping images capture NASA DART slamming into an asteroid
By Jennifer Walter
Science
3 hours ago
Astronomers just found the remains of one of the universe's first stars
By Kiona Smith
Science
2 hours ago
NASA crashes DART craft and more: Understand the world through 7 images
By Robin Bea
Related Tags
Share: