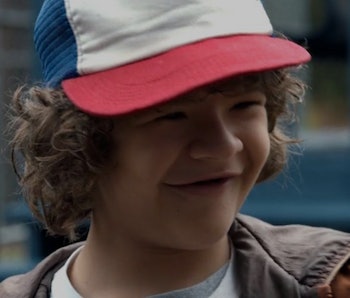 If you think the kids on Stranger Things swear more than the adults, you’re 100% correct. But, had the original script for the pilot episode of the show been filmed, the adults would have dropped f-bombs all over the place, but not necessarily the kids.

On August 3, the Stranger Things Twitter account shared a behind-the-scenes video with the Duffer Brothers in which they revealed their original plans to give Joyce (Winona Ryder) a ton of “f-bombs.” But, when they were asked to take out most of the swearing, the Duffers explained they decided to the give the bulk of the profanity to the kids.

The primary reason given? “Everyone wanted it to feel authentic.” So, if you’re among those who remember playing Dungeons & Dragons in the ‘80s (or ‘90s or ‘2000s!) and cussing up a storm with your friends, that’s probably one more reason why you love Stranger Things.

Stranger Things returns for its second season on Netflix on October 27.