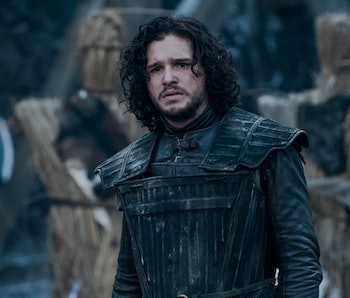 A victor will sit atop the Iron Throne long before Game of Thrones fans see any new shows set in Westeros. At the Television Critics Association’s press tour on Wednesday, HBO chief Casey Bloys revealed some disappointing news about the timeline for those anticipated Game of Thrones spin-offs.

“The No. 1 priority in all of this is the final season of Game of Thrones,” Bloys told Entertainment Weekly. “I don’t want to do anything with a spin-off or anything that detracts or distracts from that. That season will happen and my guess is it would be at least a year before you saw anything else. What I don’t want is the attention to be drawn from the final season, which I think is going to be epic and amazing and somehow have the distraction of a new Game of Thrones airing right after that. It’s best to separate it and that’s what we’ll do.”

While it’s unclear what any of the spin-offs would be about or even who would be in charge of bringing the stories to life, it seems fans will have to wait until after the final season of Game of Thrones is finished for spin-off details. And with the exact air date of Season 8 still up in the air and, presumably, also pretty far in the future, there’s really no telling when that will be.