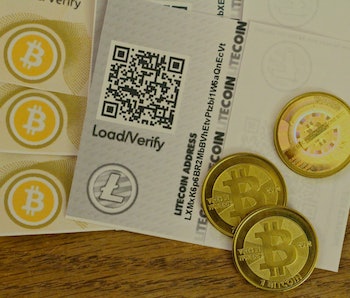 Russian President Vladimir Putin’s adviser on the internet made a strange and dire announcement Monday. The adviser, Herman Klimenko, claimed that 20 to 30 percent of all computers in Russia were infected with a virulent strain of computer malware designed to co-opt their devices into Bitcoin-mining machines. But other notable computer experts immediately downplayed the announcement, and said that the virus Klimenko referred to had other applications than mining bitcoin.

Klimenko spoke to Russian news outlets RNS and RBC on Monday. He said the virus is less common in smaller or more remote regions, and in Apple computers and iPhones, but that its total penetration was between 20 and 30 percent. Klimenko told RNS that viruses that install bitcoin-mining software are the “most common and most dangerous” type of computer malware.

Other experts aren’t so sure. According to RBC, Russia’s internet ombudsman Dmitry Marinichev said that Klimenko’s estimate of 20 to 30 percent was “nonsense.” Marinichev pointed out mining bitcoin requires a huge load of the computer’s processing capability, and it’s highly unlikely that 20 percent of Russia’s computers would have an unregistered program running completely unnoticed that was taking up that much power.

“Do you want to say that there is software that is not registered by the operating system and selects a third of the processing power?” Marinichev told RBC, according to a Google translation. “Mining - this is a very large load, including the processor capacity. Any software that monitors hardware will show services that require a lot of access to resources.”

Unlike traditional currencies, bitcoin and other cryptocurrencies can be “mined,” when users devote computing power to adding transactions to the digital blockchain. The process is specifically designed to be processing power-intensive for computers, which keeps the influx of “new” bitcoins steady. But the more computers you have working and the more power you can devote to it, the faster you can mine bitcoins and make money. In China, shadowy organizations often set up massive secretive server farms with linked computers mass-mining bitcoins. The hackers are attempting to establish the same thing — a huge network all feeding bitcoins back into their own accounts.

Anton Ivanov, an expert at Kaspersky, a prominent Russian cyber security firm, also cast some doubt on Klimenko’s statement — but still noted that the malware was a real threat.

“We do not have information about all computers in Moscow and Russia. We can only talk about our users,” Ivanov told RBC. “Among them, six percent in 2017 were attacked in order to install the miners, which makes this a fairly common type of malware.”

Inverse reached out to Kaspersky lab for some clarifications, and we’ll update this post if we hear back.