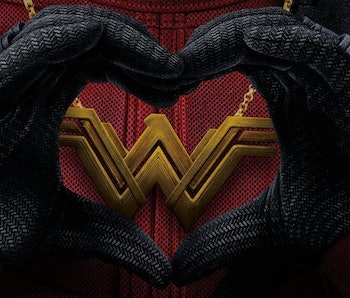 It took a little more than a year, but finally, another superhero surpassed Deadpool at the box office, and it wasn’t an Avenger. Instead, it was Patty Jenkins’s Wonder Woman that beat 20th Century Fox’s Deadpool at the domestic box office. Because game recognizes game (even though Wonder Woman is technically from Marvel’s rival company DC), the still-active social team for the Deadpool movie shared a graphic of Deadpool doing the heart-hands thing with a Wonder Woman pendant, congratulating the Amazonian princess on her money-making superpower.

Because the fictional Deadpool and the actual Ryan Reynolds are basically the same person at this point, both of them shared the image on Twitter and Instagram, respectively. In both captions, the two wrote: “The Merc may be filthier, but her B.O. is stronger. Congrats #WonderWoman.”

It wasn’t lost on Deadpool that “B.O.” could stand for “box office” or “body odor.” Maybe it’s both.

After its theatrical release in June, Wonder Woman accumulated more than $368 million at the domestic box office, surpassing Deadpool, which grossed $363 million. Deadpool still has a bigger worldwide gross at $783 million (whereas Wonder Woman made $745 million), but where credit is due, Wonder Woman has beaten the Merc with a Mouth.

It is worth noting that both Deadpool and Wonder Woman were burdened with their own challenges, which makes their financial earnings all the more impressive. As an R-rated superhero movie starring a character few in the mainstream recognize, Deadpool seemed destined to fail when it hit theaters in the dead cold of February. Meanwhile, a lot of eyes were on Wonder Woman to become the first successful female-led (and female-directed) superhero movie. To fans’ delight, both films demolished expectations, proving that no one really knows what works until it actually does.