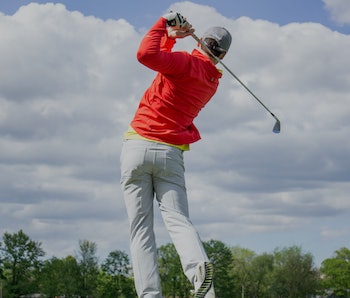 Do you enjoy a good golf outing on the weekends or are you more likely to hit the rink and rollerblade? What you like to do with your free time can say a lot about who you are — and how much money you make.

Many of the results were as expected. Golf was the most elite pastime, with around three quarters of participants earning more than the national average. Playing racquet sports, boating, and attending performing arts were some of the other activities most popular among the rich.

Meanwhile, watching religious television was the least elite pastime, with around one fifth of participants earning more than the national average. Listening to the radio, tobacco and drug use, and playing billiards were also popular with poorer people.

Yet there were some surprises, too.

One point that stood out to us: those making $50K or less a year are more likely to spend time “relaxing, thinking” — an activity many would consider the greatest luxury.

There are some caveats to this data. One is that Lindberg did not adjust the data for age which would likely affect the ordering of his graph from the top down. Also: perhaps some catchall groups should be expanded. “Socializing and communicating” is apparently more popular among the less wealthy, but it’s not clear if that includes dining out and going to bars and clubs, not to mention social media. As for social media — a popular pastime with more and more people at, we assume, all income levels — it’s strange that the BLS offers only the banner “computer use for leisure (exc. games).”

Don’t Miss: Why the Term ‘Safe Sex’ Is Being Replaced With ‘Healthysexual’