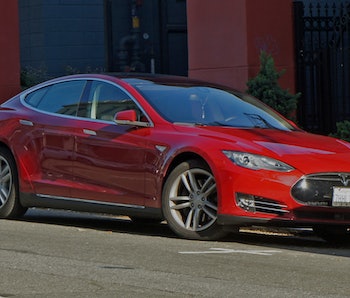 Tesla has started collecting data from its Autopilot semi-autonomous system, which will help the company achieve its goal of fully autonomous driving. One Tesla owner spotted unusual spikes in activity from their router, leading them to realize that their car had started uploading short video clips of driving routes that can help train other cars.

“I think the neural net mining is just starting,” Reddit user kutrod said in a post on Tuesday. “This is my router view since 17.17.4 on AP2. I know they are uploading mini vids, but I think the data collection is just picking up and sum of all data will be monstrous.”

Tesla has already asked drivers for permission to use their data to improve Autopilot. With update 17.17.4, released last month, the company asked users whether they agree to two conditions: The company can use short video clips captured from the car’s cameras to improve Autopilot, and Tesla collects data about the segment of the road that the car is on. Users are free to agree to both, either, or neither of these conditions.

“The more fleet learning of road conditions we are able to do, the better your Tesla’s self-driving ability will become,” Tesla said in the disclaimer. “We want to be super clear that these short video clips are not linked to your vehicle identification number. In order to protect your privacy, we have ensured that there is no way to search our system for clips that are associated with a specific car.”

Although the feature has been active for a while, it was only this week that Tesla appeared to start collecting data.

With the new data harvest, Tesla has taken a crucial step forward toward full autonomy. The current Autopilot system only drives the car in limited circumstances, like parking and along highways. Elon Musk’s big goal is to enable fully autonomous driving for all cars produced after October, with a powerful array of sensors leading the way.

It’s possible that this new feature will require a computer upgrade, but the sensors themselves are expected to work with the autonomous driving feature when it launches in a limited form later this year. Tesla is promising cross-country autonomous road trips by the end of the year, with more complex driving routes arriving later.

More like this
Innovation
5.16.2022 9:00 PM
Boeing’s Starliner spacecraft takes another shot at the International Space Station
By Claire Cameron
Science
5.22.2022 1:00 PM
10 years ago, one SpaceX launch showed NASA they could work with Elon Musk
By Allie Hutchison
Science
5.14.2022 10:00 AM
This viscous liquid metal could lead to a revolutionary robotics breakthrough
By Kurt Kleiner and Knowable Magazine
Related Tags
Share: