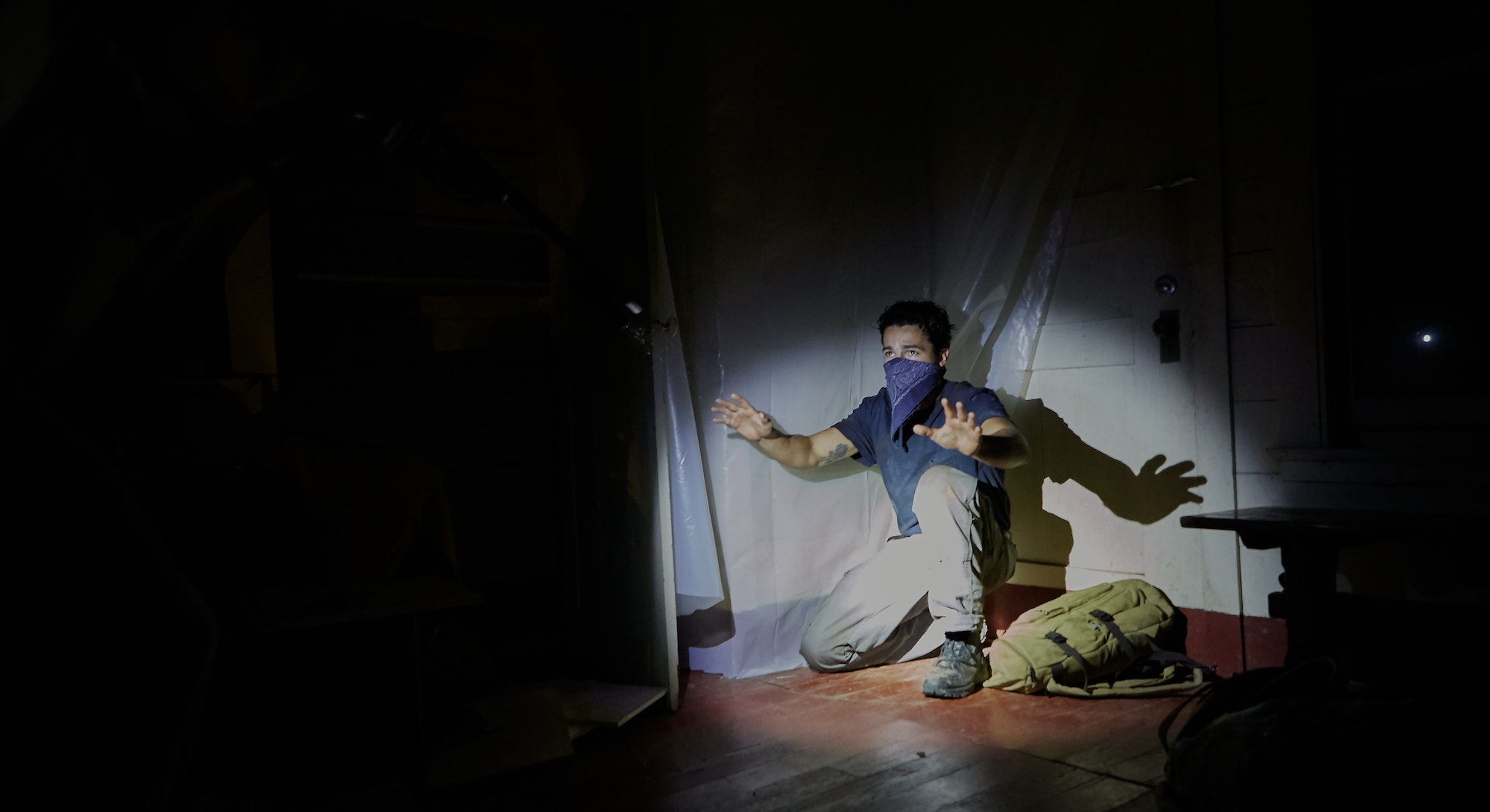 Set in an uncertain future where a mysterious disease has ravaged the Earth, It Comes at Night follows the story of two families — one secure in a desolate house in the woods, the other searching for a safe place to stay — who find themselves living in dubious harmony.

Writer and director Trey Edward Shults, lauded for his feature debut, 2015’s Krisha, purposefully leaves audiences questioning at the end of this sophomore effort. The psychological thriller is sort of sadistic that way, joyfully playing with humanity’s fear of the unknown and, especially, of the “other.” The final shot is a desolate one, overflowing with terror and uncertainty. Shults leaves the characters’ fates after this final scene up to the audience’s interpretation.

“How that last scene feels is indicative of what happened to them after, if that makes any sense,” Shults told Inverse, dashing hopes for a sudden change in mood.

Shults first wrote It Comes at Night in 2014, not long after his father had passed away. That heartbreak found its way into the work; two of the main characters are fathers (Joel Edgerton’s Paul and Christopher Abbott’s Will) attempting to protect their families in a world where even the most basic human interactions leave the characters feeling suspect. Sipping at some all-too-rare whiskey one night after tensions between the families have begun to ease, Paul catches Will in what would be a decidedly small white lie by normal standards; these aren’t normal times, though, and it hardens Paul’s demeanor once again.

It’s the beginning of the end and, from there, hell breaks loose in what is already a kind of dystopia. Distrust, resentment, and fear push the families to the brink — and a fate, Shults has described, as being worse than death.

Shults spoke with Inverse ahead of the Friday opening of It Comes at Night to discuss father figures, the hard line that separates humans from monsters, and Shults’s own fears for the future.

What was it like to focus a story on father-son dynamics so soon after your father’s death?

This was really interesting to me, just because it is so personal, yet it’s so fictional, too. It’s slammed together to where I see so many threads in it. It’s a more masculine movie, too, and I think it’s much more focused on masculinity. Just like weapons, and guns, and violence. It all kind of leads into that direction to get to what the movie is speaking to. And they all kind of collided together.

Paul’s character is a lot of my stepdad, and a lot of the dynamic between my stepdad and myself is a lot of what Travis and Paul have. But, then a lot of my biological dad that passed is also in Paul. And, obviously, everything with him sprung toward the entire thing.

So, this “fate worse than death” that’s hinted at is about crossing a certain line of morality. But wouldn’t you say the rules of morality and humanity have changed in the world you’ve created?

Yeah, I do. But, that being said, I think there’s a line. No matter how much our world changes, whether we go into the apocalypse or whatever, no matter how bad things get, even if you’re at war or something, there’s always a line, and I think if you cross it, the repercussions are big. And, I’m sorry if that sounds vague and pretentious, but there’s a line, and when you go past it, if you lose your humanity in the process, the repercussions aren’t just in that moment.

And, I think if it’s small, it’s big, too. If it’s one family, or one person doing this, I think that can apply to everything. I think that can be a universal thing, and I think it’s something that should be on our minds when our world isn’t doing well. Or, just, in general, because we continually have these cycles of violence. Our culture’s built on it. And, we let fear really drive us, and it’s scary to me, it’s really scary.

I deeply believe that, and where this movie goes reflects that. I believe if you cross that line, things can be broken. It stems from stuff like the regret my dad had on his deathbed.

But, it’s also stuff with my grandpa, too. He was in World War II and then he became a prisoner of war, and he escaped. But, I just remember my grandma saying the kind of person he was before, and the kind of person he was after. I think he was a tortured soul the rest of his life. And he wasn’t a very emotional man or outspoken, but I can remember the house I grew up in — There were so many paintings and weapons of all decades, and family pictures and war paraphernalia. It was like he was still conflicted about it, and he was putting the stuff inside of him on the walls.

Did recent events have any effect on the way you approached the story, even though you wrote it in 2014?

Joel said the movie is about immigration, which I think is great, that it can be open enough to where he takes all of that. My idea is more about fear of the unknown, and I think that can apply to immigration.

My interpretation relegated more toward that side, but also past that, especially because I first wrote this in early 2014, and we were, clearly, not in a perfect place, but a better place than we’re at right now. You can’t not help to let that stuff seep in when you’re just living in the world we live in, but I was drawing more on history, these events that keep happening and these cycles.

Was the movie always going to end the way it did?

Yes, it was. I will say that the first time I wrote it, and it spewed out of me, I didn’t know 100 percent where it would go, but I knew it wasn’t going to end well. And, then, when it went to where it did, it spoke to what my views were and what I was battling with at the time.

I will say there was a time when I had another ending, after those events, a whole other nightmare scene, where it’s this final confrontation for Travis where he confronts everything. And what I realized was it was just too much. I’m very happy with where it’s at now, because it was calibrated to do what it does, and leave you with what it leaves you with. It doesn’t answer every question, but it’s however you want to take it.

It Comes at Night is now in theaters.