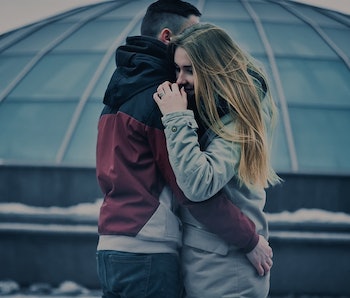 American adults wring their hands over the sexual and social lives of teenagers, but a new Harvard report argues it would be better to quit lamenting “hookup culture” and actually talk to teens about it. Forget about the stereotype of the sullen, closed-off teen, the researchers write. Their study on 3,000 people aged 18 to 25 shows that when it comes to love, the kids are eager for all the help they can get.

In the report, summarizing the results of the Making Caring Common project, the researchers from Harvard’s Graduate School of Education write that the majority of teenagers they spoke with felt unprepared and anxious for long-lasting, caring romantic relationships. And the kids wished they could fix it: 70 percent of people surveyed wanted their parents to teach them more about the emotional aspects of relationships. In particular, they were interested in receiving advice on how to have more mature relationships and how to deal with breakups.

Parents aren’t the only adults that adolescents wished would step up: the researchers found that 65 percent respondents also wished they could receive guidance on the emotional aspects of falling in love from their sex education classes at school. Teens felt that the sex education they got was too narrow, focusing only on abstinence and how not to contract sexually transmitted diseases. The questions they have are more mature and cerebral than adults might expect — or be prepared to answer: What is love, and how do you know when you found it? How do you put work into a relationship?

These are difficult questions to tackle during such an intense and transformational time. At the start of puberty, the brain is beginning to be reshaped, which is why adolescence is a time of increased emotional reactivity. As the teen brain pumps out unusual levels of adrenal stress and sex hormones, 40 percent of its synapses are eliminated from the frontal lobe, causing neuronal communication to become more precise. This pruning process improves the cognitive control and emotional regulation of teen brains, but it also renders adolescent brains highly responsive to positive feedback and more intensely reactive to emotional matters.

The lead author of the report, Richard Weissbourd, Ph.D., says that he hopes the study’s findings represent a “real wake-up call” to adults and recommends that parents understand the importance of talking to teenagers about mature love and healthy relationships.

“This focus on the hook-up culture also obscures two much-bigger issues that our researcher suggests many young people are struggling with: forming and maintaining healthy and fulfilling romantic relationships and dealing with widespread misogyny and sexual harassment,” Weissbourd said in a statement. “Unfortunately, we also found that most adults appear to be doing very little to address these serious problems.”

More like this
Science
23 hours ago
We’ve dumped over 15,000 pounds of trash on Mars
By Cagri Kilic and The Conversation
Science
Sep. 25, 2022
Why do cats love cardboard boxes? Pet experts decode the obsession
By Tara Yarlagadda
Science
Sep. 25, 2022
Mars’ ancient lakes could help discover life on the Red Planet
By Matt Williams and Universe Today
Related Tags
Share: