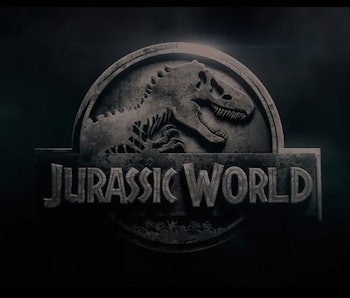 Dr. Henry Wu, everybody's favorite minor character from the original Jurassic Park, is back in a new faux-promo clip for blockbuster-to-be, Jurassic World. Doing his best Steve Jobs impression (black turtleneck and all), Wu and a bunch of placid InGen employees tout the fictional genetics company's achievements, including inventing the ability to map the complete genome of an extinct animal in less than an hour. Conspicuously absent is any mention of the minor incident involving dinosaurs terrorizing Jeff Goldblum and friends in the original movie 22 years ago.

The genius of the clip is that it slyly explains the plot of the new movie (a shady corporation called Masrani Global buys InGen after the events of Jurassic Park III, builds a newly functional park, and then proceeds to mix dino-DNA) while displaying the starry-eyed scientific hubris required to conceive of any of the Jurassic Park flicks. This sly corporate boosterism feels like the warmup for an InGen shareholders meeting. Hell, I know InGen is completely made-up and now I'm geeked for its IPO.

Cheery optimism, scientific techno-babble, and cheesy slogans are all just the pride before the fall. Yeah, I can't wait for dinosaur DNA to improve our health care, agriculture, and whatnot, but if you can think of a better practical application of these godlike powers than to resurrect an ichthyosaur to star at a jumbo dino Sea World, then I'd like to hear it. "Life," as Ian Malcolm always says, "finds a way." He tends to leave out the end of that, though: "… to be awesome and to maybe kill people."

More like this
Science
Oct. 1, 2022
Is the Covid-19 pandemic over? Experts share their predictions for 2023
By William Hauk, Lisa Miller, Wayne Au and The Conversation
Science
Sep. 22, 2022
Can science prevent a pandemic?
By Tara Yarlagadda
Science
Sep. 19, 2022
To solve Long Covid, scientists try to pinpoint when the immune system goes haywire
By Matthew Woodruff and The Conversation
Related Tags
Share: