The god of Media took on the form of Lucille Ball in the third episode of Starz’s trippy adaptation of Neil Gaiman’s American Gods, but in the upcoming fifth episode, Media will appear as another pop culture icon: the late David Bowie.

As played by Gillian Anderson, Media is a New God who represents the current objects of American worship. The story revolves around a war brewing between the New Gods and Old Gods like Shadow’s new friends the Zorya sisters and his employer Mr. Wednesday. Over the course of American Gods, the audience and Shadow both slowly become aware of this supernatural conflict. Shadow mostly just thinks he’s on a road trip populated by exceptionally weird characters.

Media is only the second New God that Shadow has encountered. In the first episode, he’s lynched by Technical Boy, a New God who represents the internet. American Gods has yet to answer the question of what exactly these gods want with Shadow and why he’s important. But this newly released clip affirms that he’s crucial — because Media as Ziggy Stardust era David Bowie is reprimanding Technical Boy for his handling of Shadow. Check it out: 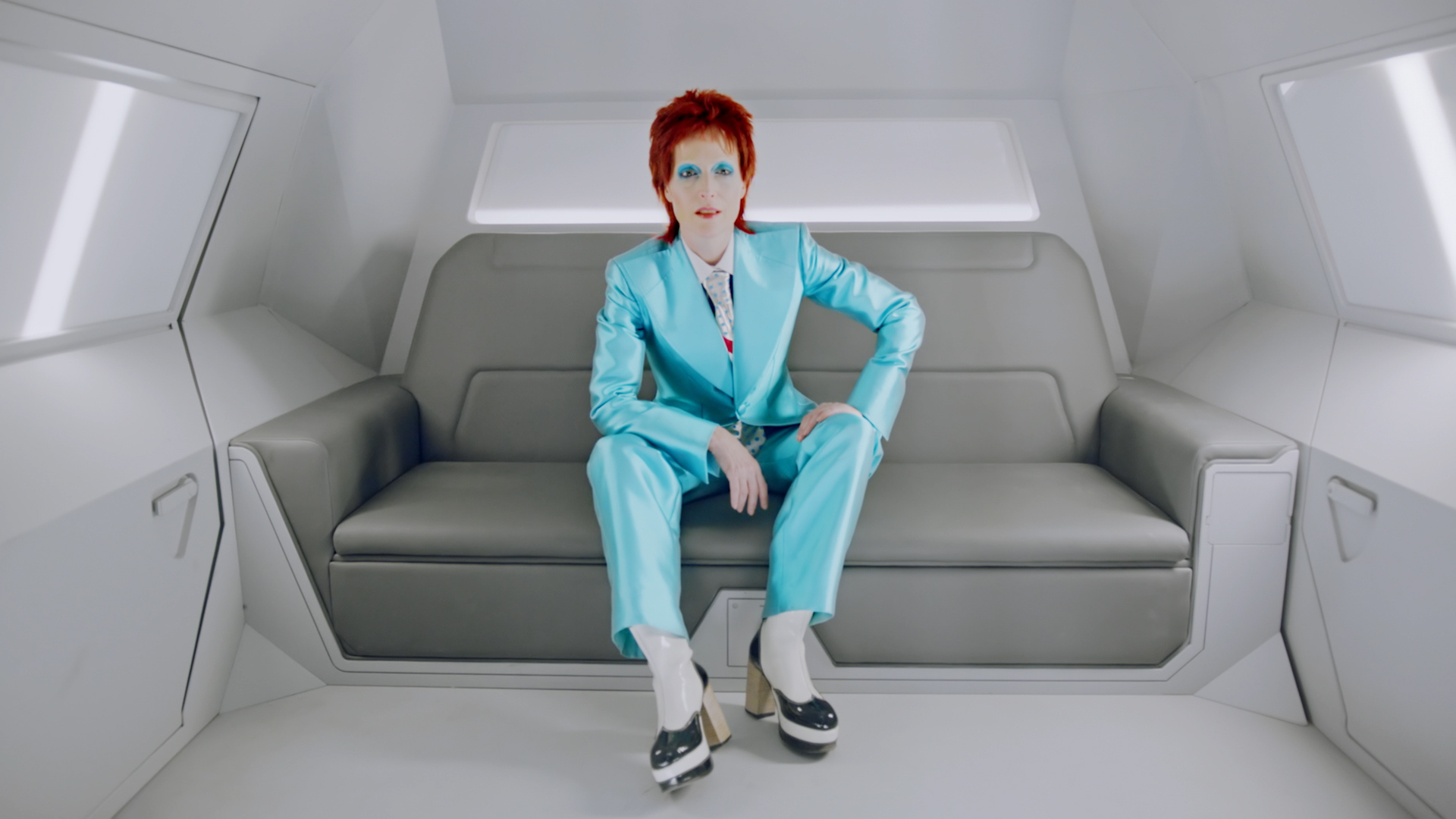 “Gillian Anderson stars as the New God Media in the critically acclaimed series American Gods,” Starz stated in a release accompanying the new clip. “Media assumes whatever form will deliver her message most effectively and is often personified by iconic celebrities.”

American Gods Season 1 is currently airing on Sundays on Starz.