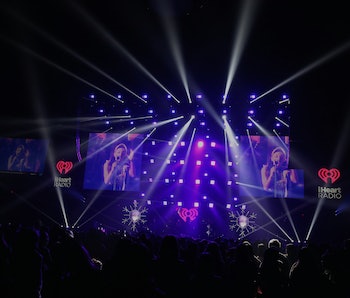 On Monday night, an explosion outside an Ariana Grande concert in Manchester, England has reportedly killed 19 and injured dozens. The suspected suicide bombing, which is being treated as a terrorist attack by the Greater Manchester Police, occurred in the area outside the Manchester Arena where parents pick up their children and concertgoers can buy merch.

As the horrific news came in, support and heartbreak started to pour out from celebrities and musicians on social media. While taking to Twitter in the wake of an attack is common, the messaging around this particular travesty feels heavier, sinks deeper. This is most likely because the 21,000-seat arena was packed with the 23-year-old pop singer’s primary audience: young females.

Here is what’s being said around the internet, starting with Grande’s tweet.