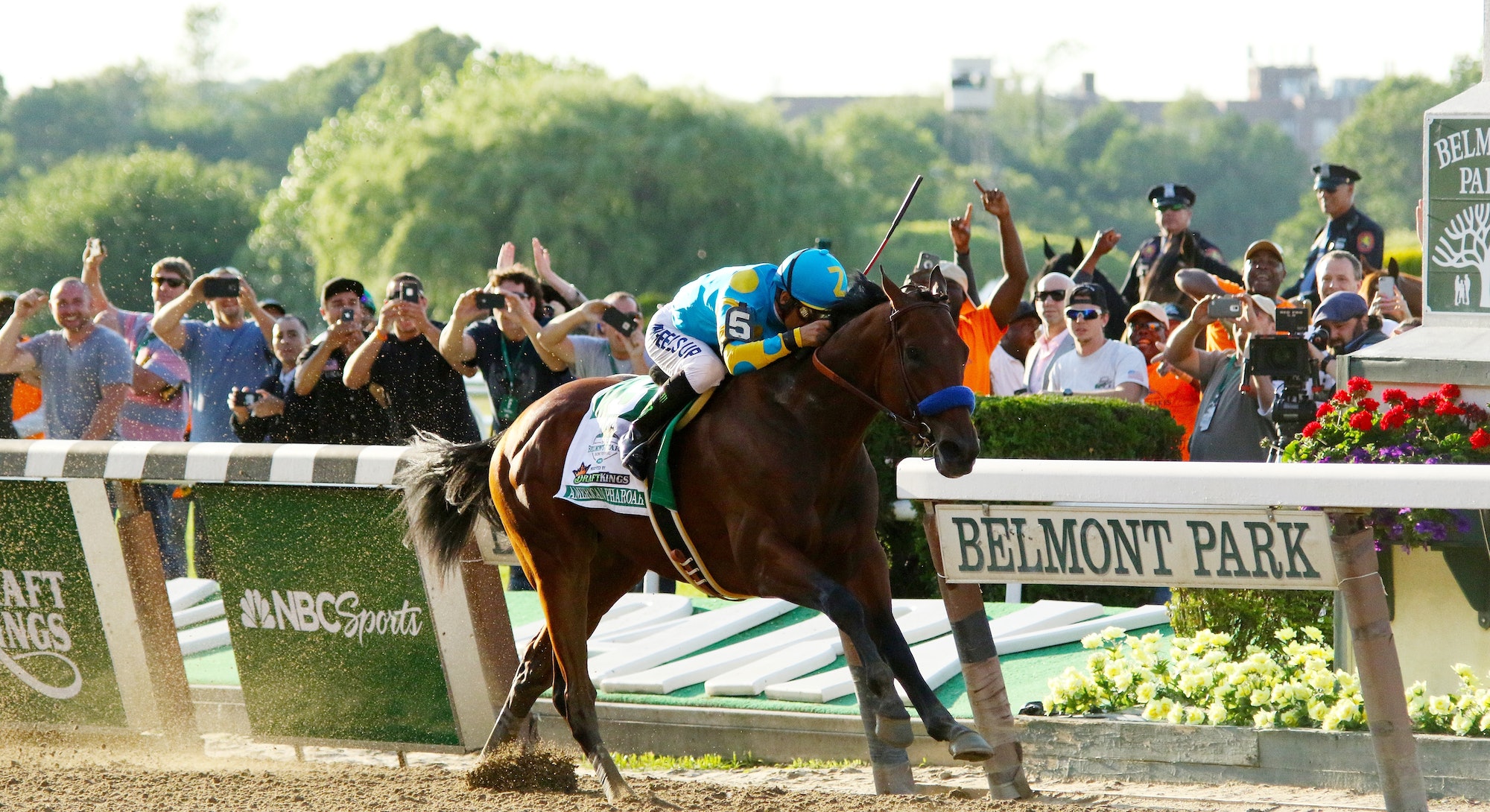 It’s a story he loves to tell. In 2013 Jeff Seder was consulting for a client who was looking to buy and sell race horses at a yearling auction. Ahmed Zayat — a prominent horse buyer, breeder, and better — had put a slew of horses for sale, but one that he’d put up for sale himself caught Seder’s attention, prompting him to say, “Sell your house; don’t sell this horse.”

Zayat took Seder’s advice and bought his own horse at auction for $300,000 — a meager sum in the world of Thoroughbred horses. That horse, unnamed at the time, was American Pharoah, who became the first Triple Crown winner in 37 years in 2015.

It wasn’t luck that drew Seder’s attention to American Pharoah when others passed him over. He had spent decades and millions of dollars collecting a huge database of physiological and biological data in an effort to discover which traits corresponded most closely with greatness. He pioneered portable ultrasound device that allowed him to examine horses on the inside and scanned tens of thousands of animals. It was only through this that he came to the conclusion that one of the most important data points in selecting a horse is the size of its heart — and American Pharoah had a huge one.

Seder and Patti Miller run EQB Agents & Consultants, through which they help horse buyers and breeders pick winners. Their tale is the Moneyball of horse racing. Statistics get more bang for your buck than the traditional popularity contests. Buyers were shelling out millions for horses with famous parents, when having good pedigree is only a very small piece of what makes a champion a champion.

An Industry Dragging Its Hooves

Seder tells Inverse little has changed in the world of horse breeding since his grand-slam success. “It’s like their religion. I’m not a part of it,” he says of the traditional bloodstock agents.

And those who are trying to replicate his success and inject science into their process are doing a lousy job of it, he says. “They’re doing it on the cheap. They take all the race data; you really want the physical data. And there’s no shortcut to that, there’s no cheap way to get it. You can download every split of every race and all that shit, but you don’t know if the horse looked like a donkey or a giraffe.”

Seder says he’s already noticing external physical differences between horses he helps pick and the rest of the field. “The horses that we’re buying look more like what horses did 100 years ago, when people knew a whole lot more because horses were a part of their daily life. Now we have so many thousands and thousands of horses running in all these racetracks; the whole thing has been dumbed down. People forget what Man o’ War looked like.”

Seder is fundamentally altering the genetics of elite horse racing by being smarter about breeding decisions based on known advantageous traits. Over the years the traditional crowd has been selecting towards the shorter and chunkier, whereas his methods have pushed towards the taller and longer. The problem, he hypothesizes, is that people are buying horses at auction that run fastest in race trials an eighth of a mile long, when all the elite races are ¾ miles or longer, creating a bias towards the sprinters. It would be like picking your team for the 800-meter Olympic race based on who won the 100-meter.

It’s not hard to see how Seder’s methods could be applied to human athletes, and indeed he began this work in the human realm, working with the U.S. Olympic Committee’s sports medicine division to apply data to determining the characteristics of elite athletes.

A century ago, the prevailing wisdom was that there was a single “athletic” body type that lent itself to greatness in every sporting endeavor. It was a self-fulfilling prophecy, as people with an average build were pushed into athletics and as a result the top athletes in every sport were average-looking.

This wisdom changed, and yet we are still surely victims to our biases. We assume that the tall will excel in basketball, and the short must be gymnasts. There are certainly very important physiological characteristics that we miss when we take only general body size and type into consideration. The best evidence for this are the outliers — like Stefan Holm the 5’11-tall Olympic high jumper in a field where the average is 6’4.

The wisdom of big data is increasingly being applied to human competition, although the field most certainly has room to grow. It will likely change not only how athletes perform, but how they look, as the tools and technologies of sports medicine become more and more sophisticated.

Is Cloning the Future, or Stuck in the Past?

The Olympics, but not The Jockey Club, allow cloned horses in competition. So far, no cloned horses have achieved Olympic success, although that day will sure come. Whether cloning as a breeding strategy will outperform other methods in the long run is uncertain.

“It could certainly help you duplicate some of what you want,” says Seder. But there are so many other things besides raw genetic material that affect performance — diet, epigenetics, environments, life experiences, even microbiomes. You could clone the best horse in the world and there’s still no guarantee of producing a winner.

It’s definitely cheaper, and perhaps even smarter, to breed a pair of great horses and play the genetic lottery than to try to clone a champion. If you’re just doing the same thing over and over again, you’ll at best be able to duplicate success, you won’t push the genetics beyond what they have been before. For that, you’ll need even more sophisticated techniques of genetic modification.

CRISPR Could Build Super-Horses of the Future

Those sophistic genetic techniques exist — namely the precise genetic editing offered by CRISPR and related novel technologies. Those surely one day could help build a better race horse, Seder says. “But you’ve got to know what to modify.”

Some broodstock agents are marketing analysis as a way to pick a horse, saying they can identify a genetic marker for speed, or one that makes the animal better suited to run on grass or dirt, he says. That’s largely baloney — based on too small sample sizes, not enough genetic diversity, and not enough consideration for non-genetic factors that affect performance.

His team is working one compiling the genetics for his database, which could help identify at the micro level genetic pieces that correlate strongly with success. “Nobody has it but us, and we’re not giving it away,” says Seder. That data could be used in selecting horses for racing or for breeding, identifying traits early on that mark a champion.

People aren’t CRISPRing horses yet, and it will even longer before cloning and genetic modification experiments are allowed to take place in an attempt to build human superathletes. But Seder’s work proves that you don’t need fancy interventions to change the genetics of success. You just need data — lots of it, meticulously collected, vigorously analyzed.