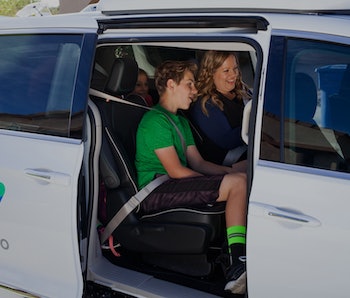 Waymo is offering members of the public the chance to switch out their daily commute for something way cooler: a ride in a self-driving car. On Tuesday, the company announced it’s expanding its test program in Phoenix so that members of the public can sign up and ride around in a Waymo-powered Chrysler Pacifica minivan.

There are no limits on how many times participants can use the service. Waymo promises fleet access any time, any day, anywhere in a metro area that’s twice the size of San Francisco. The company wants people to use these cars exactly as they would use their primary or secondary vehicle. On top of that, a Waymo spokesperson confirmed to Inverse that participants won’t pay a cent. No sign-up fee, no per-ride charges, nothing.

“We want as many people as possible to experience our technology, and we want to bring self-driving cars to more communities sooner,” John Krafcik, CEO of Waymo, said in a blog post.

Waymo is using these tests to better understand how people will use autonomous cars. The program is aimed at revealing where people want to go in autonomous cars, what information they would like to see, and how they interact with the car.

Successful applicants won’t be the first people to drive around Phoenix in an autonomous car. Waymo started limited tests of its self-driving minivans in the area two months ago. During these tests, the company chose members of the public to ride in one of 100 autonomous minivans.

Alongside the decision to allow anyone to apply, the company plans to add an extra 500 minivans to its fleet.

It’s been an eventful year for the firm. The company, which started life as Google’s self-driving car project back in 2009, only started working with Fiat Chrysler in May last year to bring its autonomous car technology to the road. In December, the pair revealed the first photos of a completed minivan:

These cars aren’t ready for a mass rollout yet, and Waymo will place test drivers in every test vehicle to take over just in case. Disengagement rates are a key metric in autonomous car testing: the state of California requires all companies to publicly reveal how many times a human needed to take over during tests. The holy grail of full autonomy is a near-zero disengagement rate, but automakers aren’t expecting to get close to that for another few years, so chances are Waymo will keep the driver in place throughout these tests.

If you live in the area, and you’re aged 18 or over, you can sign up here. Only one person per household needs to apply, so there’s no need to get everyone to fill out a form.